Home > Back to Search Results > Battle of Ball's Bluff...
Click image to enlarge 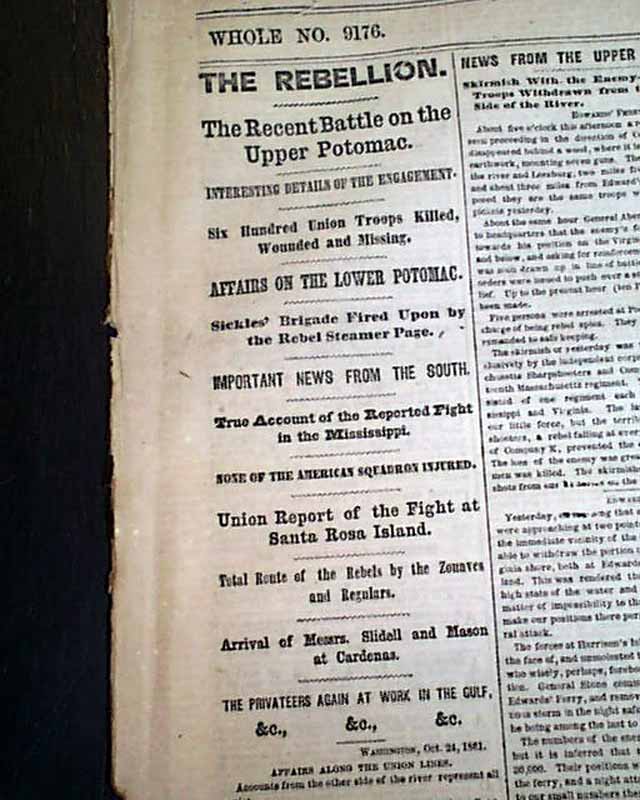 Among the one column headlines on the Civil War are: "THE REBELLION" The Recent Battle on the Upper Potomac" "Interesting Details of the Engagement" "The Account of the Reported Fight in the Mississippi" "Union Report of the Fight at Santa Rosa Island" (more on Santa Rosa on the bkpg.) "The Battle at Ball's Bluff" "Additional Particulars of the Engagement with the Rebels Near Leesburg" "General Stone's Advance & the Result" "220 of the Union Troops Killed & Wounded" "Partial List of the Killed & Missing" and more.
Eight pages, nice condition.