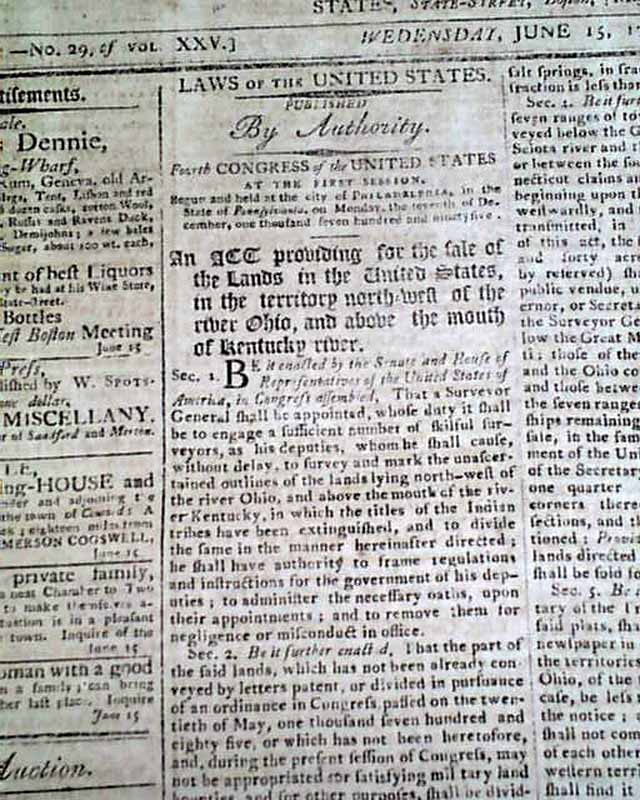 Page 2 has a report of the death of Nathaniel Gorham, a signer of the Constitution. Nice to have in a Boston newspaper as he lived in nearby Charlestown and was a signer for the state of Massachusetts.
The front page has three Acts of the United States Congress, each signed in script type: Go: Washington. The first act is quite lengthy and is for the sale of land in the Northwest Territory. The third Act begins on page 1 and concludes on page 2.
Complete in four pages, nice condition.