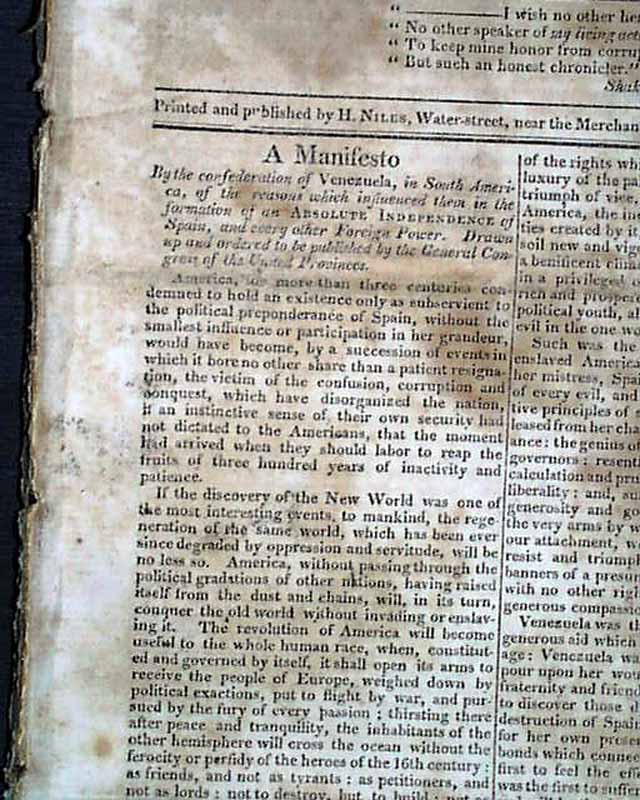 
(2 issue set) NILES' WEEKLY REGISTER, Baltimore, Oct. 19 & 26, 1811  This two issue set, under the heading "A Manifesto," has nearly 10 pages dedicated to the Manifesto of Caracas, and related details.
The coverage begins: "By the confederation of Venezuela, in South America, of the reason which influenced them in the formation of an ABSOLUTE INDEPENDENCE of Spain, and every other foreign power. Drawn up and ordered to be published by the General Congress of the United Provinces."
It continues: "America, for more than three centuries condemned to hold an existence only as subservient to the political preponderance of Spain... the victim of confusion, corruption and conquest... that the moment had arrived when they should labor to reap the fruits of three hundred years of inactivity and patience."
Both issues are complete in sixteen pages, 6 1/4 by 9 1/2 inches, even toning with scattered foxing, very good condition.