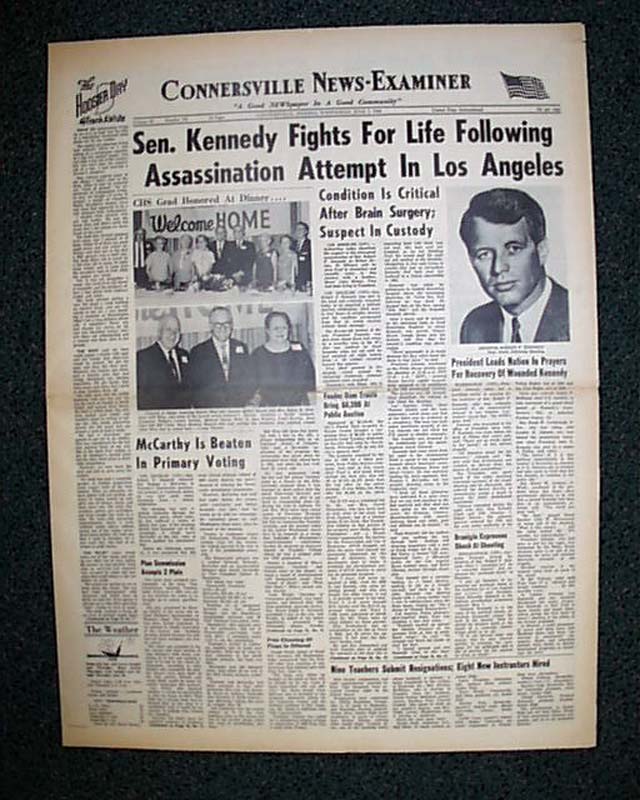 The front page has a seven column headline, "Sen. Kennedy Fights For Life Following Assassination Attempt In Los Angeles,"  along with an additional related article, "President leads nation In Prayers For Recover Of Wounded Kennedy." The inside has, "Judy Garland's Life Plagued With Husband Problems, Other Troubles."
The issue is complete and in nice condition. See photos for details.