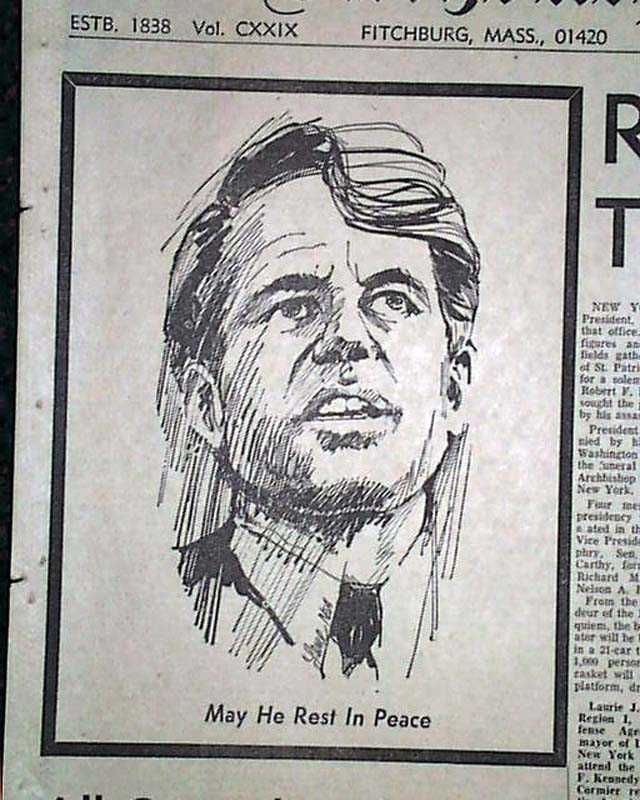 This 14 page newspaper has a five column headline on the front page: "RFK'S Body En Route To Last resting Place" with illustration, which tells of the funeral of Senator Robert F. Kennedy. Other related coverage is also present. Nice for display.