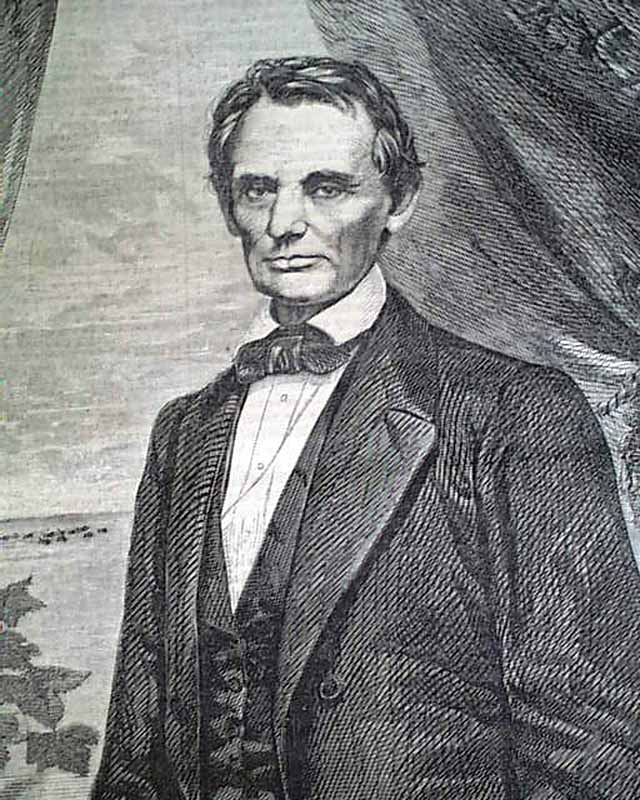 This is a terrific issue for display as the entire front page is taken up with a nice Winslow Homer illustration of Abraham Lincoln, beardless (see), captioned: Hon. Abraham Lincoln, Born in Kentucky, February 12, 1809."  Certainly one of the more desirable issues from the Lincoln era, from before he became president.
There is other good content within this 16 page issue as well, with the doublepage centerfold containing a print captioned: "Reading the Returns of the Presidential Election."
Also, an intriguing article headed "Death of Grizzly Adams", the fabled mountain man upon whom a television series was based.
Complete in 16 pages, in uncommon never-bound, never-trimmed condition, a bit of minor foxing at the margins, generally very nice condition.