Home > Back to Search Results > Proof that Hitler is descended from Jews...
Click image to enlarge 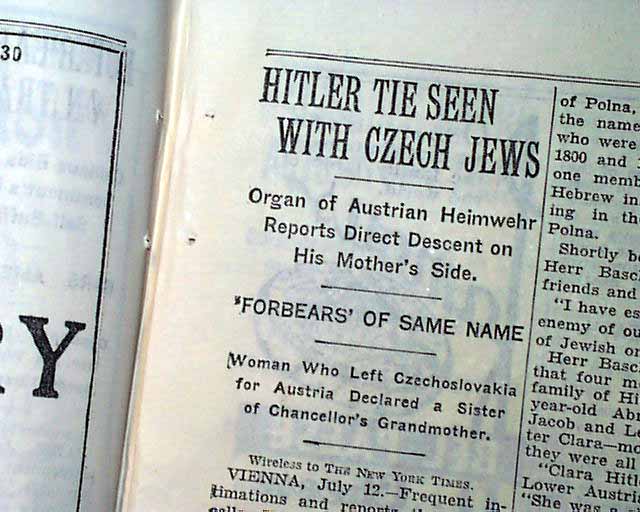 Proof that Hitler is descended from Jews...

* Adolph Hitler was of Jewish descent...

The top of page 7 has a very intriguing article with column heads: "HITLER TIE SEEN WITH CZECH JEWS" "Organ of Austrian Heimwehr Reports Direct Descent on His Mother's Side" " 'Forebears' Of Same Name" "Woman Who Left Czechoslovakia for Austria Declared a Sister of Chancellor's Grandmother". The article goes on to include: "...claiming proof that Herr Hitler was directly descended on his mother's side from a Jewish family of that name in Czechoslovakia..." with much more.
Complete in 40 pages, this is the "rag edition" printed on extremely high quality newsprint for institutional use. Very nice condition.