Home > Back to Search Results > The burning of Hampton, Virginia...
Click image to enlarge 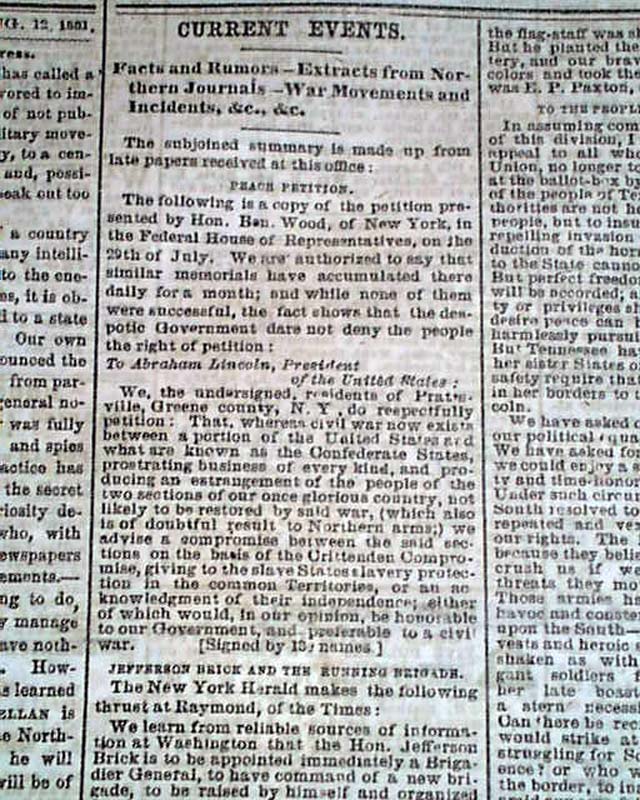 Among the front page reports are: "Facts & Rumors--Extracts from Northern Journals--War Movements & Incidents, etc." "From Norfolk "From Charleston" "Direct Trade With the South" "Gen. McClellan and the Press" "Local Matters" and other items. War coverage continues on the inside pages with: "Hospitals Crowded" "Tories in East Tennessee" "From Norfolk" "From Western Virginia" "The Hospital at Charlottesville" "The burning of Hampton" "Good Place for a Hospital" "The Army of the Northwest" "Letter from an Irish Prisoner" "March of Our Troops Down the Peninsula and & the Burning of Hampton" "Late News--Northern Accounts of War Movements" "The Burning of Hampton--Gen. Magruder's Movements" "Affairs in Texas" and much more. A great wealth of war reporting in this issue.
Complete in 4 pages with a banner masthead, very nice condition. 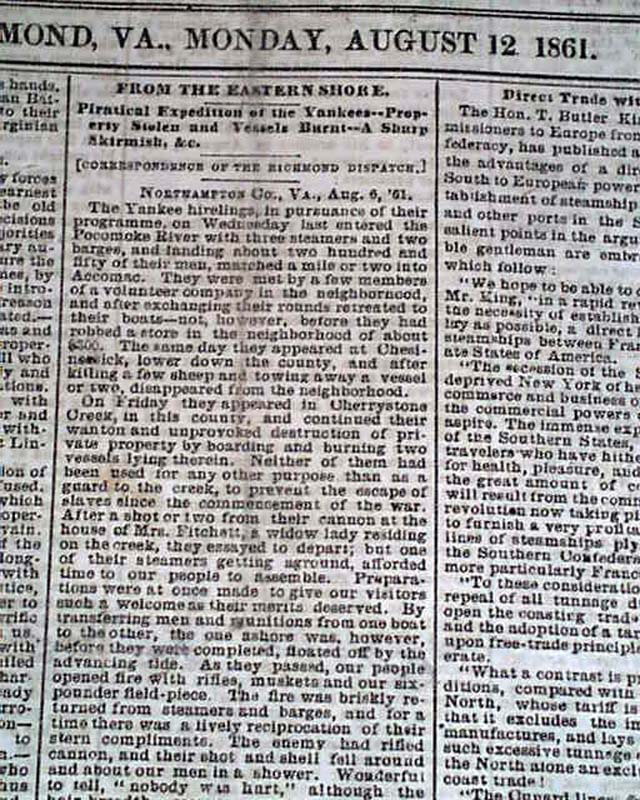 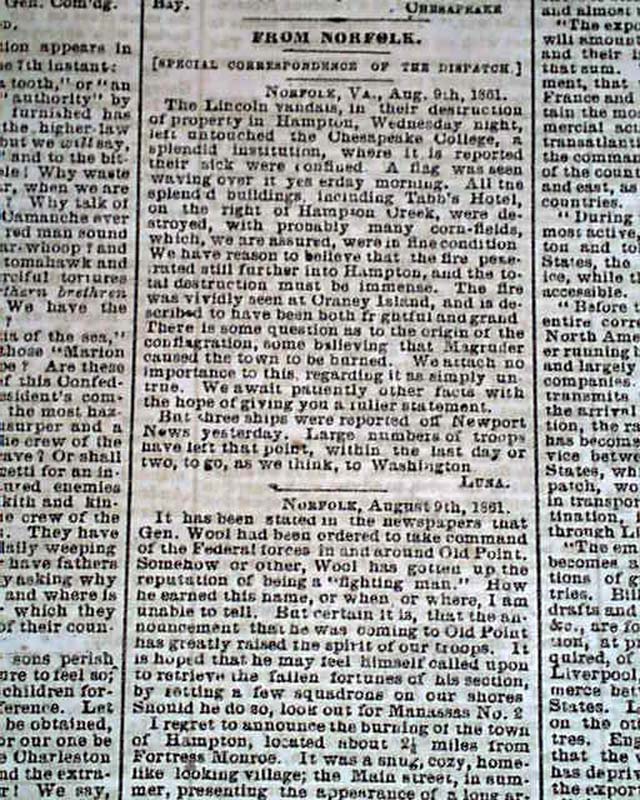 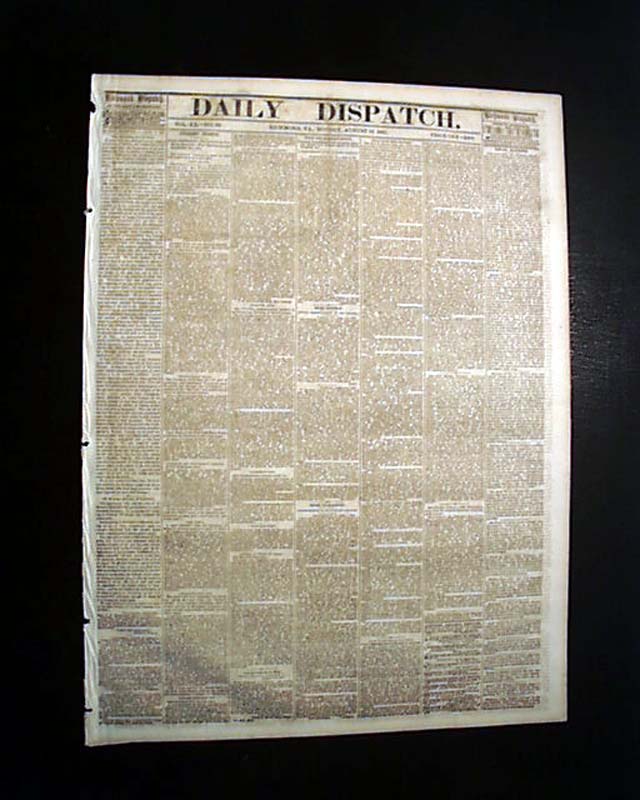 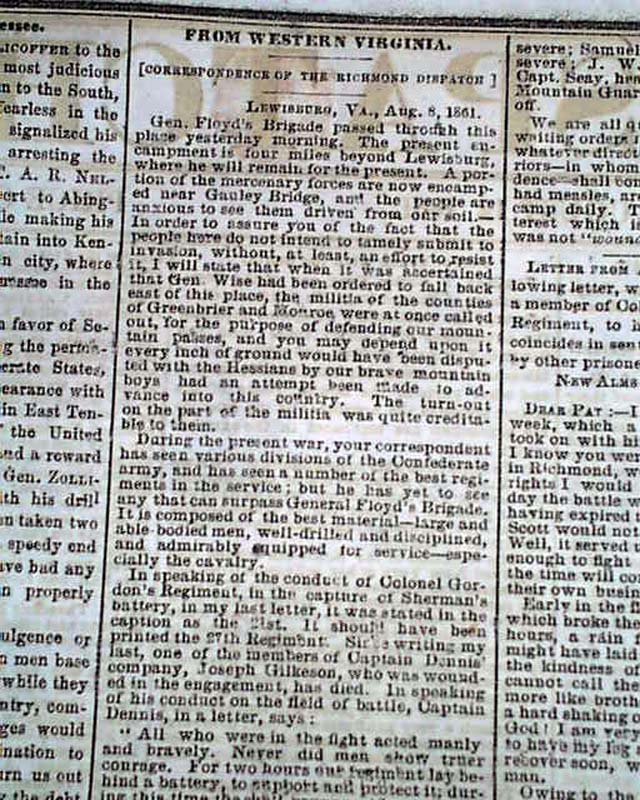 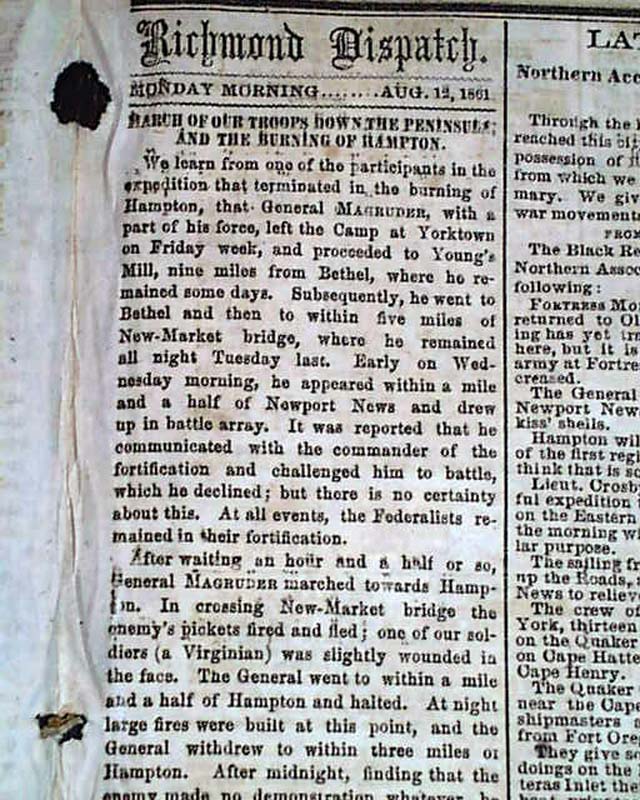 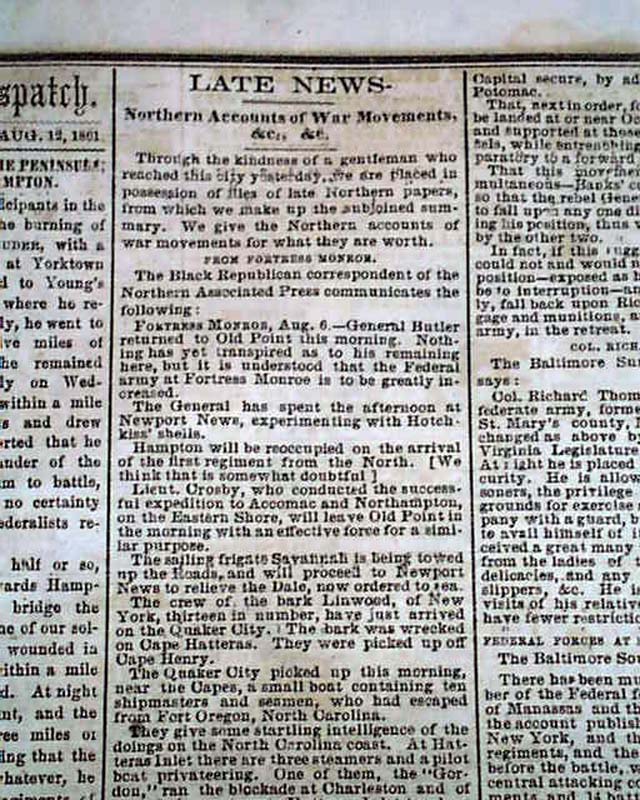 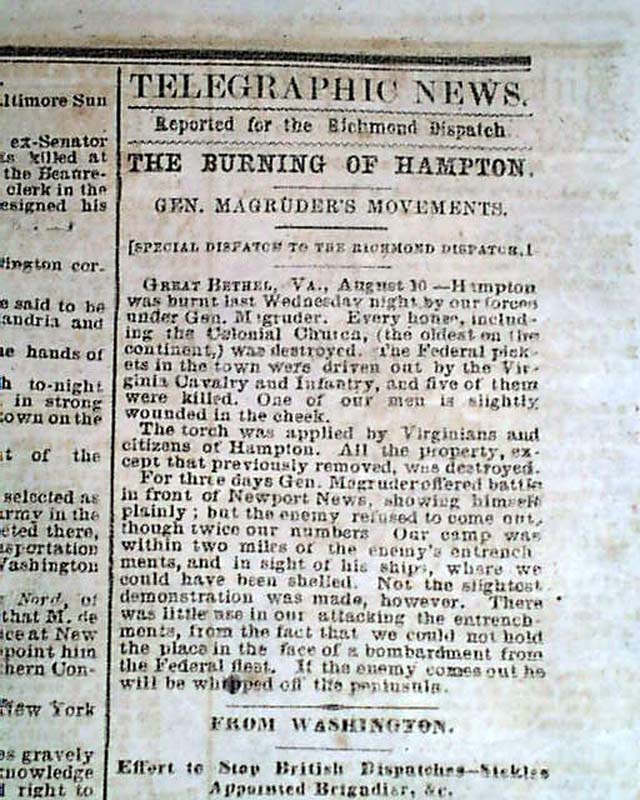 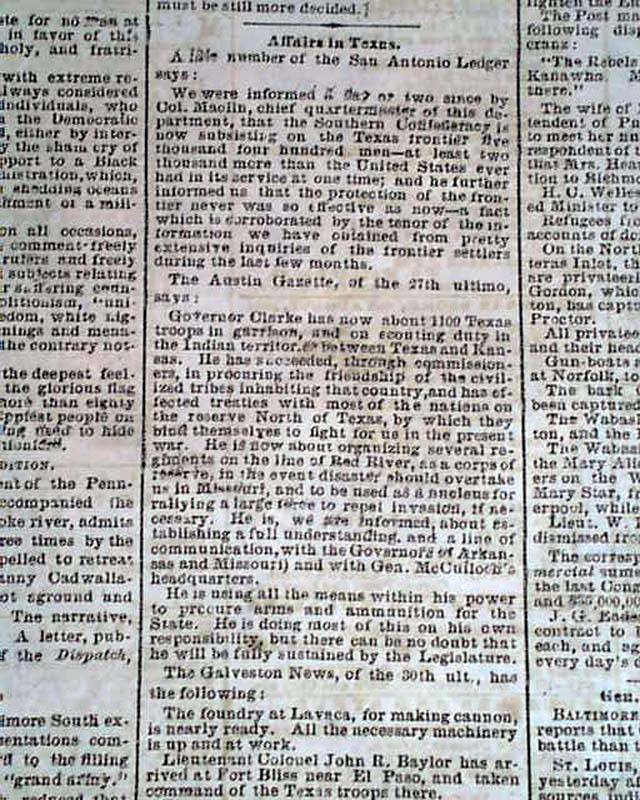