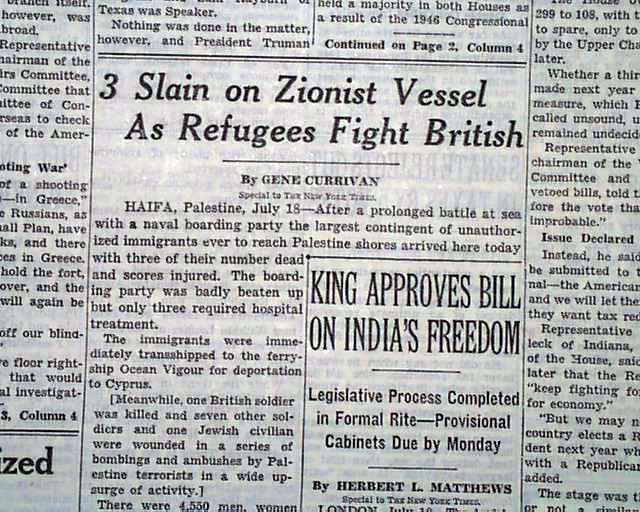 The front page has: "3 Slain on Zionist Vessel As Refugees Fight British," which continues on an inside page. Page 5 has: "SILVER ASSAILS SEIZURE - Zionist Hopes U.N. Will Not Tolerate British Action," and, "AMBUSHED BRITON SLAIN IN PALESTINE," both of which provide additional Exodus 1947 related coverage. The front page also has: "Succession Bill Is Signed; Speaker Put in Line." with subhead and related photo. This tells of the passage of a bill which provides for the succession of power if the President is unable to finish his term, in the absence of a Vice-President.

Other news of the day throughout. 26 pages, a rag edition in great condition.