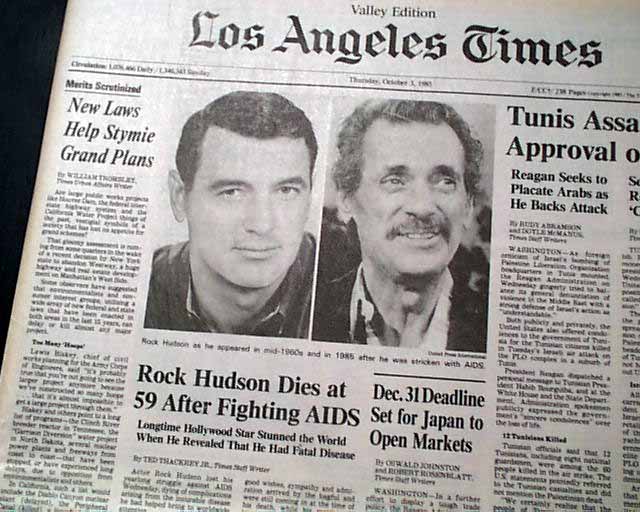 The top of the font page has two photos of Rock Hudson captioned: "Rock Hudson as he appeared in mid-1960's, and in 1985 after he was stricken with AIDS." beneath which is a heading: "Rock Hudson Dies at 59 After Fighting AIDS" with subhead: "Longtime Hollywood Star Stunned the World When He Revealed That He Had Fatal Disease". The article carries over to page 30 where there are 5 more photos of him.
Great to have this report in a newspaper from the capital of the entertainment industry & from the city where he lived and died.
The complete first section with pages 1-36, nice condition.