Home > Back to Search Results > Railing against the King of England...
Click image to enlarge 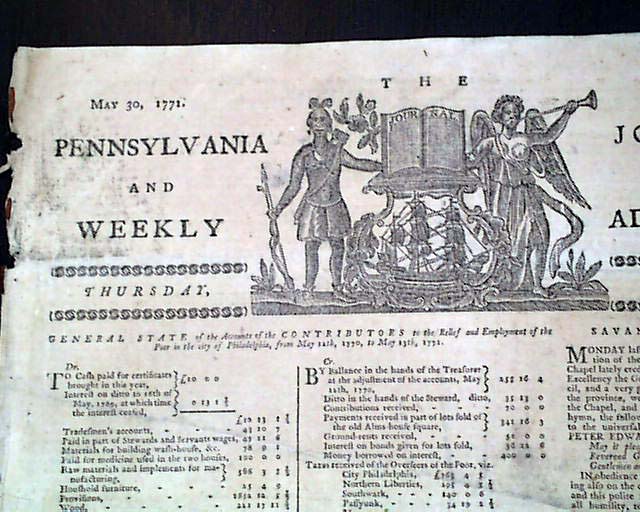 Railing against the King of England...


THE PENNSYLVANIA JOURNAL & THE WEEKLY ADVERTISER, Philadelphia, May 30, 1771

This newspaper features one of the larger & more decorative masthead engravings to be found in a colonial America newspaper.
Page 3 begins with a letter "To the King" which is a very critical review of him, noting in part: "...Those groans, those hisses, and execrations with which your ears were saluted, must have at last satisfied you that the representations of your Ministers were fallacious, and that the body of the people disapproves not only of their, but of your conduct...What excuse can your Majesty give for remaining so long hoodwinked?..." and much more, signed in type: "The Freeholder".
Page 2 is taken up with a speech defending the lord Mayor of London, who has been committed to the Tower of London.
Four pages, a bit irregular at the spine nice condition.