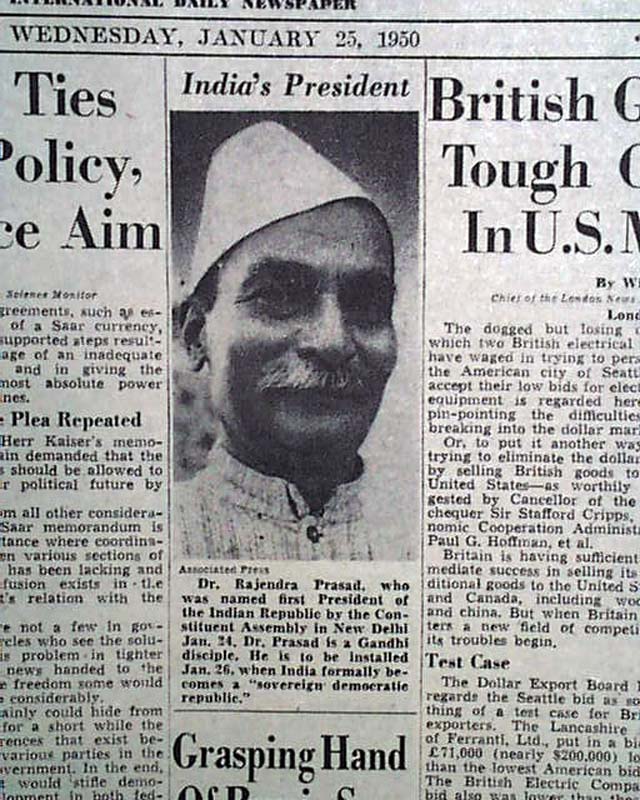 
THE CHRISTIAN SCIENCE MONITOR, Boston, MA, January 24 & 25, 1950 (a two-issue set)  Although India's Independence was guaranteed as of 1947, it did not become a reality until January 26, 1950, when its Constitution became official. This two issue set contains details regarding the Constitution (inside, with photo), the declaration of the former king stepping down from power, and the announcement (front page, with photo) of India's president, Dr. Rajendra Prasad, a disciple of Gandhi, becoming the 1st President. Multiple related articles shed light on this historic event. See images for details.

The issues are complete and are in very good condition.