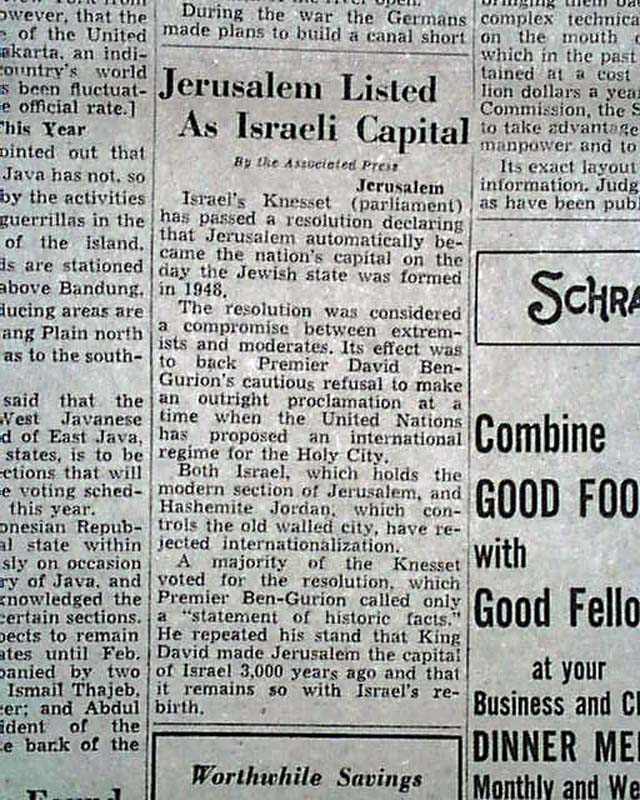 
THE CHRISTIAN SCIENCE MONITOR, Boston, MA, January 26, 1950  Although it flew under the radar, on January 23, 1950 Israel's Knesset (Parliament) declared Jerusalem to be the capital of the State of Israel by a overwhelming 60-2 vote. The declaration made their stance effective back to 1948 - when Israel Statehood was enacted. Many newspapers did not report this event, but the lack of reporting does not diminish its significance.

Page 2 of this issue has, under the heading, "Jerusalem Listed As Israeli Capital," details concerning this historic vote (see images). Another inside article has, "Jesse Owens Is Acclaimed Greatest Of Track Athletes."

Additional coverage in the issue includes a front page photo with the heading, "Iwo Flag Saga Preserved," "This is Russia - Soviets Capitalize On Fettered Labor," and coverage of the Alger Hiss trial.

The issue is complete in 14 pages, and is in very good condition.