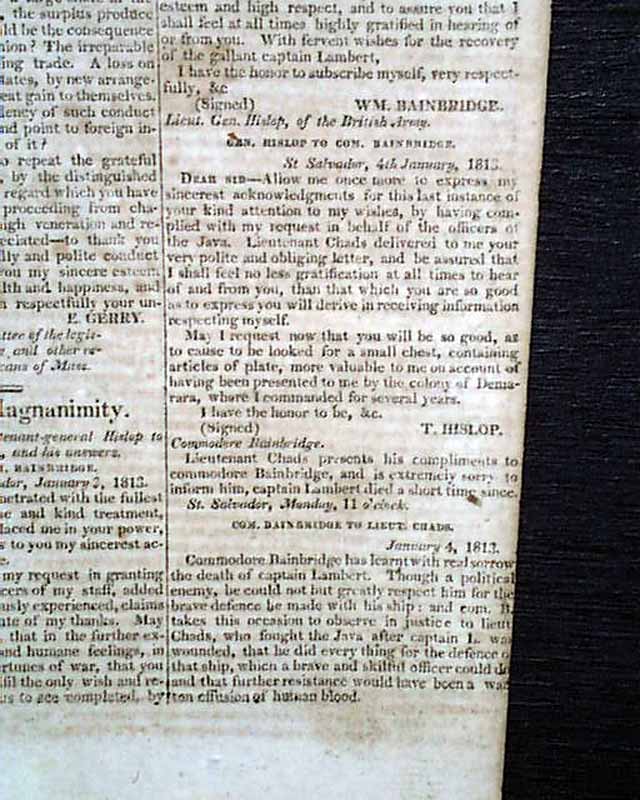 
THE WEEKLY REGISTER, Baltimore, March 13, 1813  Being from the midst of the War of 1812 it is not surprise that much of the content within these pages related to the war, with some nice battle (land and naval) reports.
But the key content in this issue is found in the "Supplementary" issue which accompanies it, containing on pages 1 thru 4 an: "Interesting Biography" "Colonel Daniel Boone" which has a prefacing paragraph reading: "The high spirited patriotism of Kentucky, with the powerful exertions she has made against the allied forces of the enemy, noticed in many parts of the Register, gives peculiar interest to the following memoir and memorial of..." followed by the extremely detailed report on Daniel Boone (see for the beginning). The report concludes on page 4 of the Supplementary where it is signed in type: Daniel Boone, Fayette county, Kentucky".
Complete in 24 pages, measures 6 1/4 by 9 3/4 inches, even toning, in good condition. Please note: a couple pages are close trimmed and does cause a loss of some text. 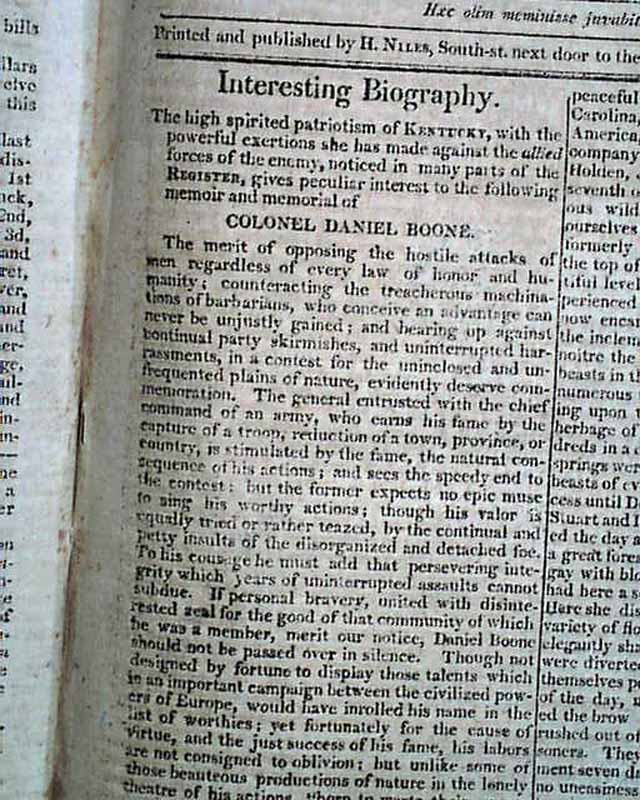 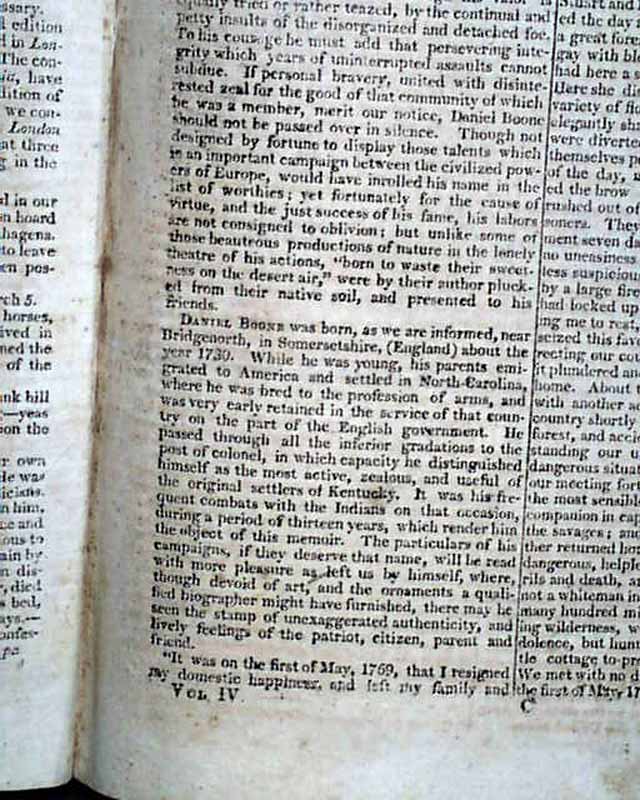 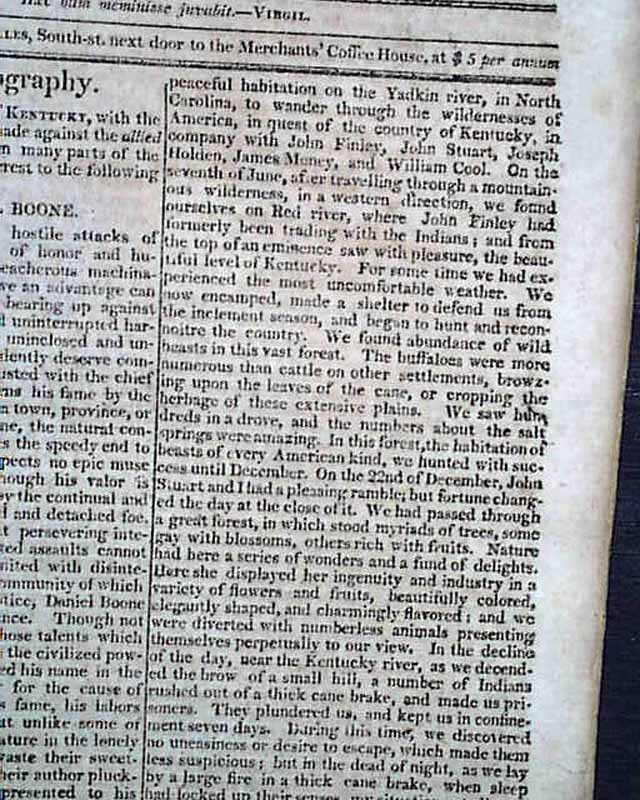 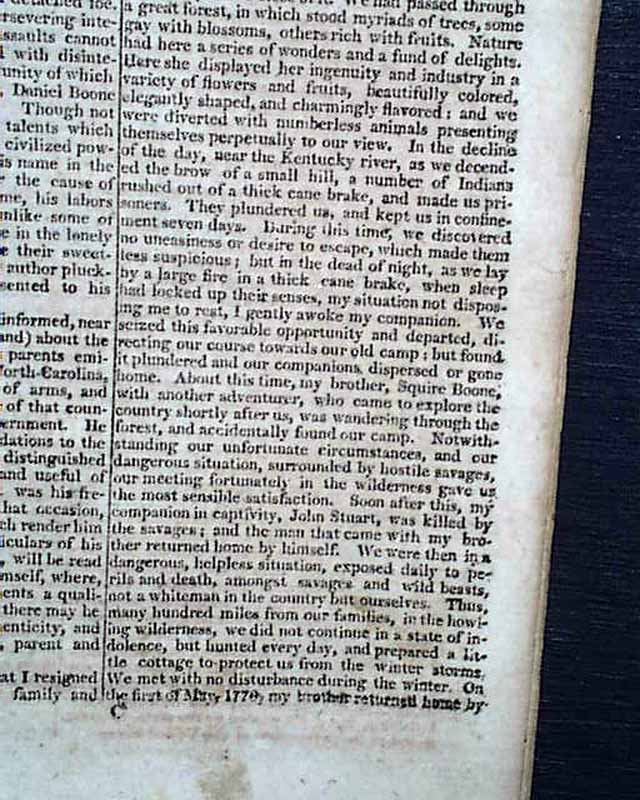 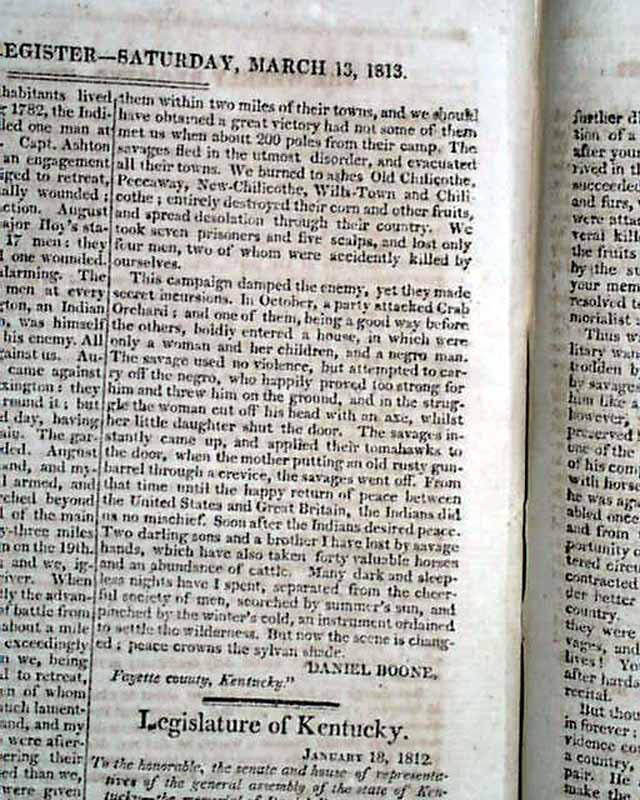 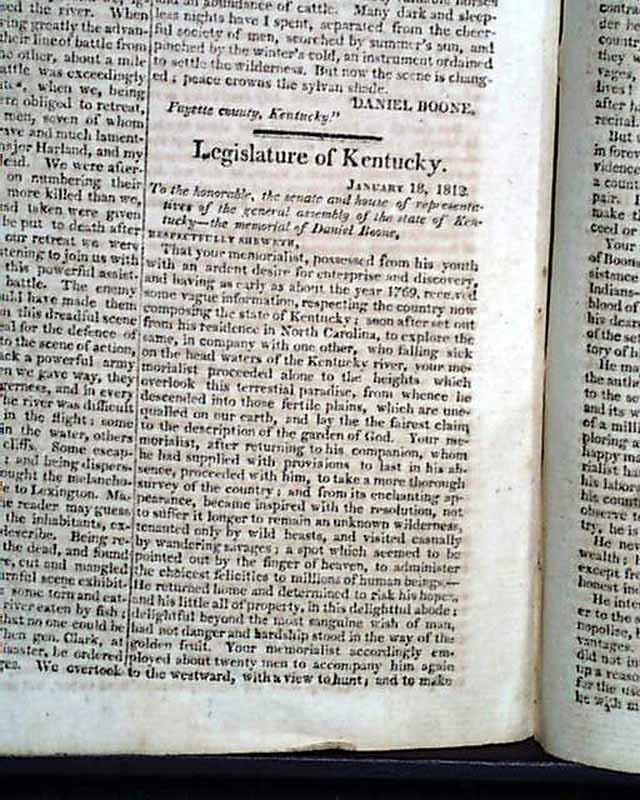 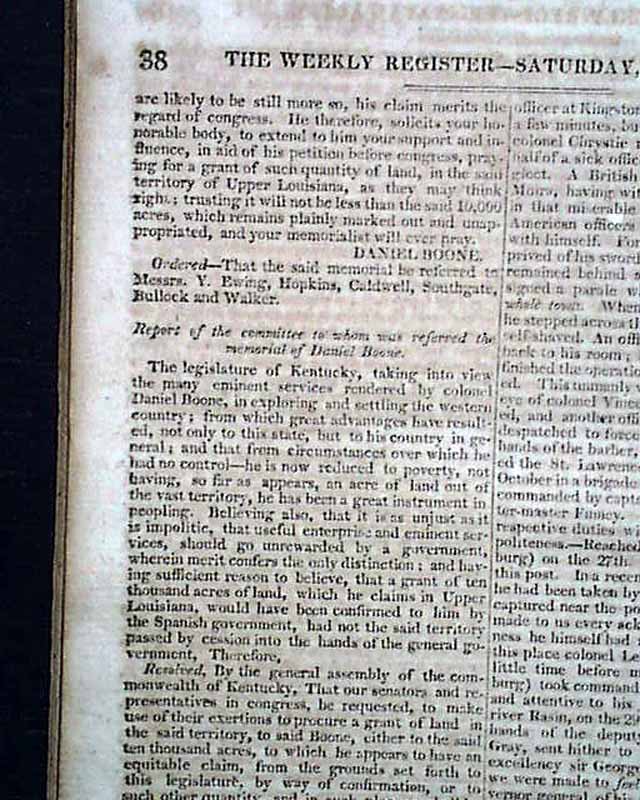 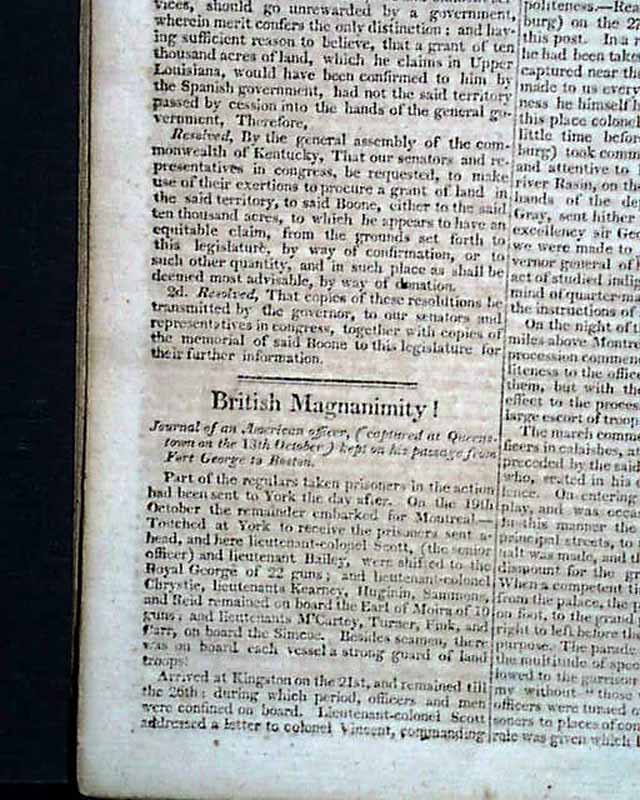 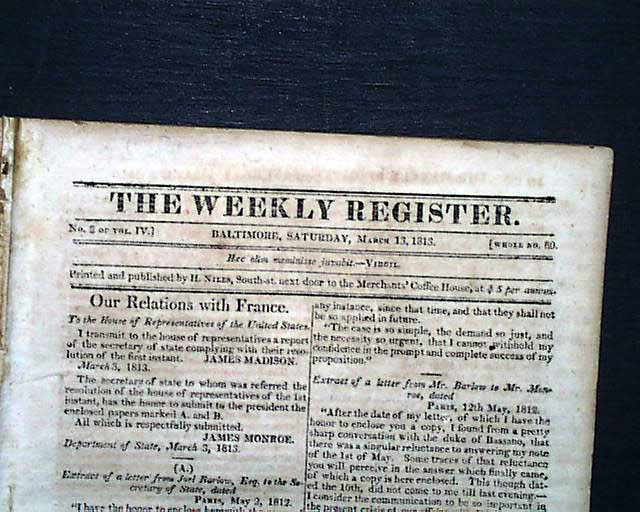 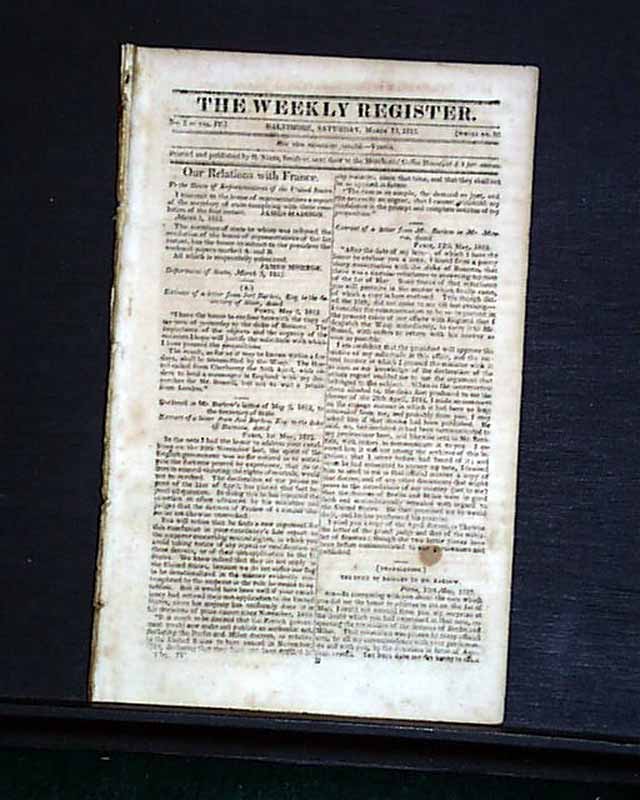