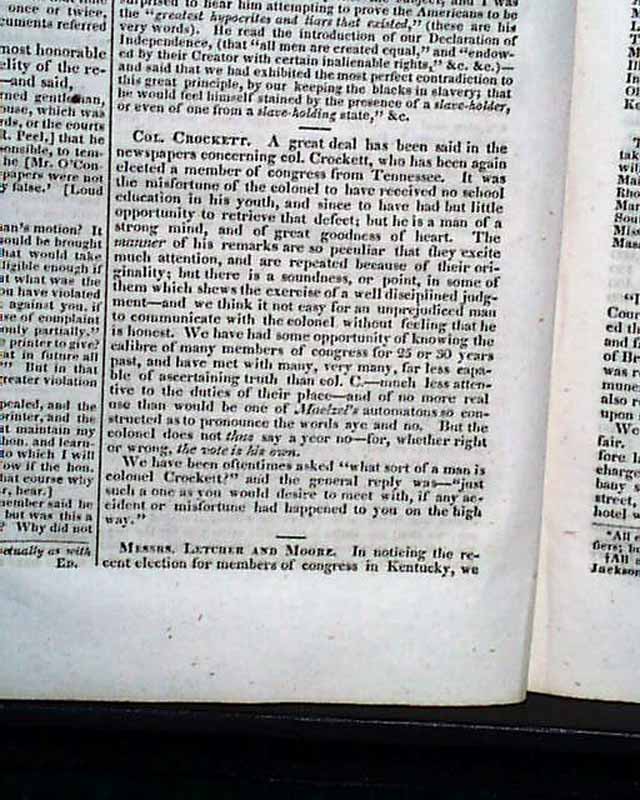 
NILES' NATIONAL REGISTER, Baltimore, Sept. 7, 1833  An inside page has an article with small heading: "Col. Crockett" which begins: "A great deal has been said in the newspapers concerning col. Crockett, who has been again elected a member of congress from Tennessee. It was the misfortune of the colonel to have received no school education in his youth, and since to have had but little opportunity to retrieve that defect, but he is a man of a strong mind, and of great goodness of heart..." with more and ending with: "We have been oftentimes asked 'what sort of a man is colonel Crockett?' and the general reply was--'just such a one as you would desire to meet with, if any accident or misfortune had happened to you on the high way' ." Less than three years later he would die at the Alamo.
As for other  content, half of the back page is taken up with a: "Treaty With Naples" which is signed in type by the President: Andrew Jackson.
Sixteen pages, 6 1/4 by 9 3/4 inches, clean issue in very good condition.