Home > Back to Search Results > Lou Gehrig back at Columbia University...
Click image to enlarge 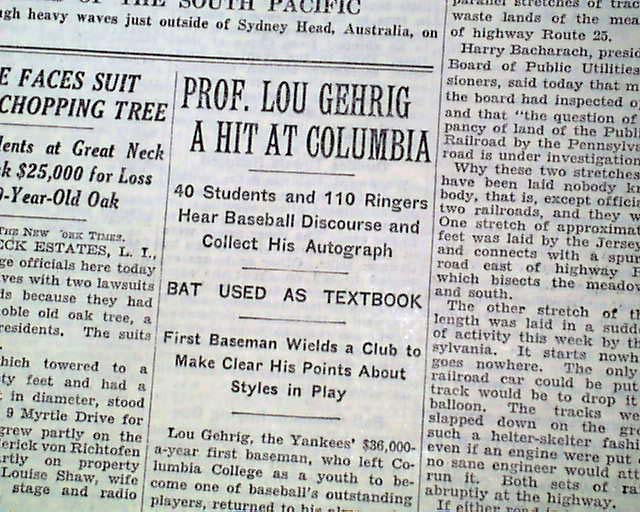 Lou Gehrig back at Columbia University...

Page 25 has a one column heading: "PROF. LOU GEHRIG A HIT AT COLUMBIA" with subheads. (see) Probably only reported in this famous NYC publication. Rare as such.
Other news, sports and advertisements of the day. Complete with all 40m pages, rag edition in nice condition.