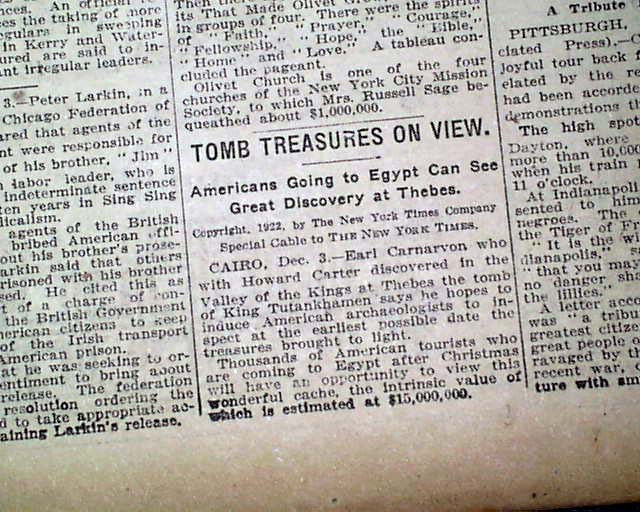 The bottom of page 19 has a a very small and discrete article with heading: "Tomb Treasures On View" with subhead. See image for brief report here.
This was during the historic discovery of King Tut's tomb by British archaeologist Howard Carter. It would not be for another three months before the room containing the mummy of King Tut would be opened, sparking another flurry of international attention.
Complete in 36 pages, a little irregular at the spine from disbinding, otherwise even toning and in nice condition.