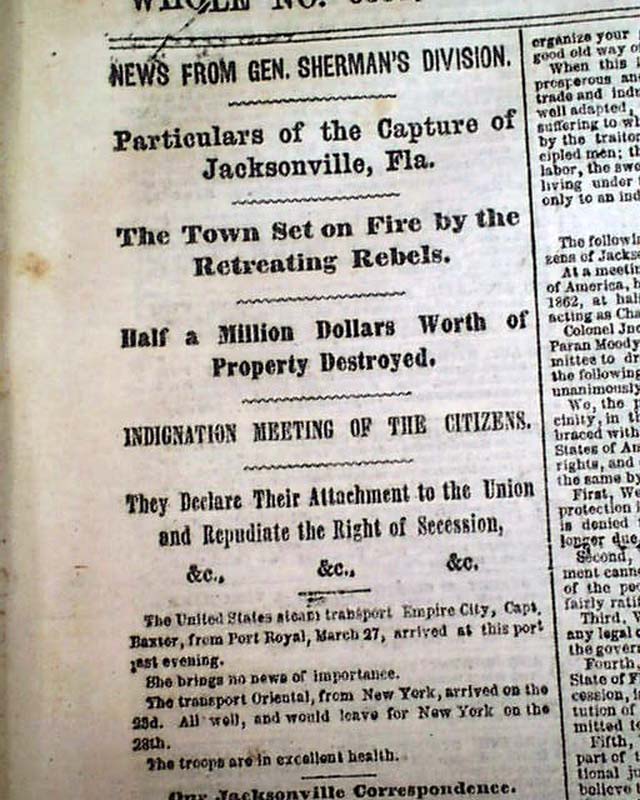 This Genuine newspaper has a Wealth of Civil War reporting from during Abraham Lincoln's administration. Among the one column headings on the Civil War are: "News From Gen. Sherman's Division" "Particulars of the Capture of Jacksonville, Fla." "The Town Set on Fire by the Retreating Rebels" "General Burnside in Possession of Beaufort, N.C." "The War In The Southwest" "Defeat of the Rebels in Polk County, Missouri" and more.
Complete in eight pages. This issue is not fragile as newsprint from this era was made of cotton and linen rags, allowing them to remain very pliable and easy to handle. Nice condition.