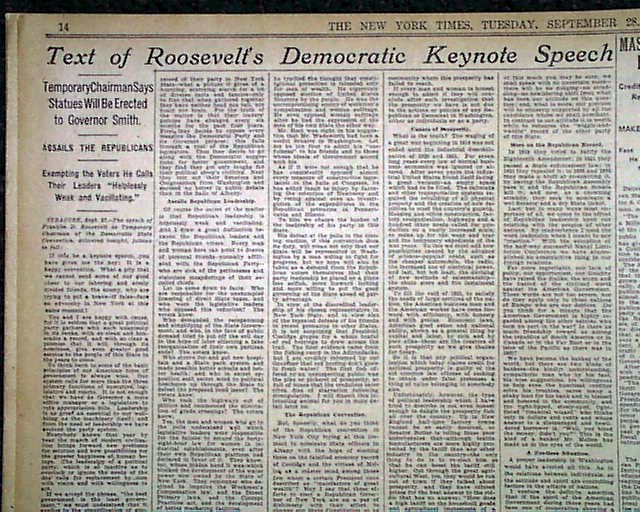 During Franklin D. Roosevelt's semi-hiatus from politics due to health concerns, he was called upon to give the keynote address for the New York Democratic State Convention held in Syracuse. Page 14 has the banner headline: "Text of Roosevelt's Democratic Keynote Speech," which includes the entire text of his speech. The Republican Party's keynote address is also provided, along with additional details related to both elections - some of which appear on the front page.The front page also has the unrelated: "8 Dead, 38 Hurt In Crash Of Trains On Crossover At Bethlehem Station."

The issue is in good condition and is believed to be complete in 56 pages, but is being offered for the described content (see images).