Home > Back to Search Results > Death of Jefferson Davis?
Click image to enlarge 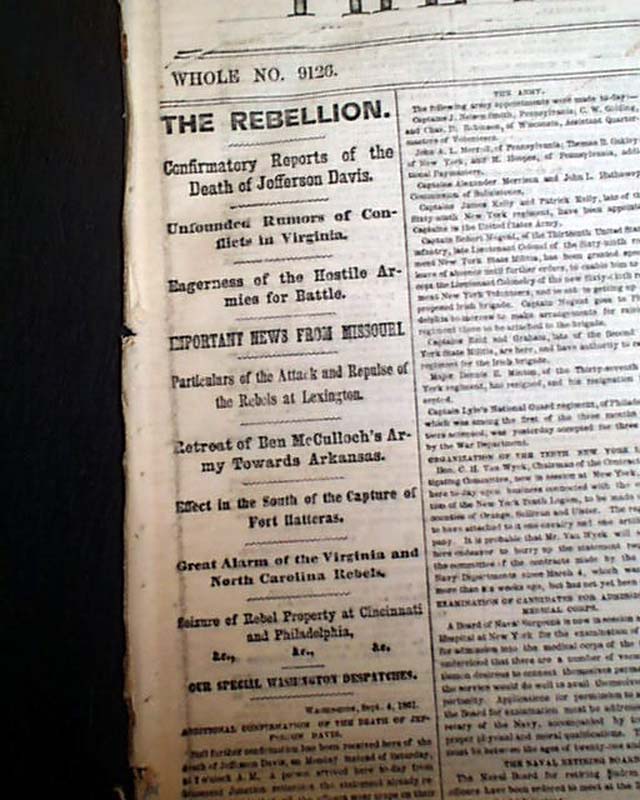 
THE NEW YORK HERALD, Sept. 5, 1861  Among the various front page column heads on the Civil War are: "THE REBELLION" "Confirmatory Reports of the Death of Jefferson Davis" "Unfounded Rumors of Conflicts in Virginia" "Eagerness of the Hostile Armies for Battle" "Particulars of the Attack & Repulse of the Rebels at Lexington" "Death of Jefferson Davis" "Strong Confirmatory Evidence of the Truth of the Report--The Rebel Flags at Half mast & the Confederate Officers in Mourning..." "Fight at Lexington" and more.
Obviously the report on Davis was in error. Complete in 8 pages, a little light staining and damp staining, generally good.