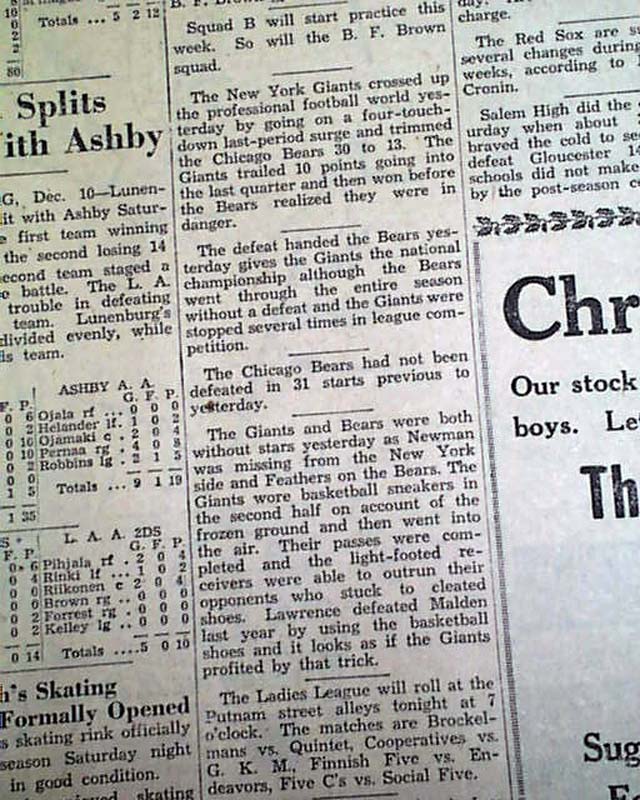 Page 8 under "Sport Chatter" is some brief reporting which includes: "The Giants wore basketball sneakers in the second half on account of the frozen ground and then went into the air" This was the famous "Sneakers Game" which was the 1934 NFL football championship. The New York Giants upset the Chicago Bears.
Other news, sports and advertisements of the day. Complete in 12 pages, light toning at the margins, nice condition.