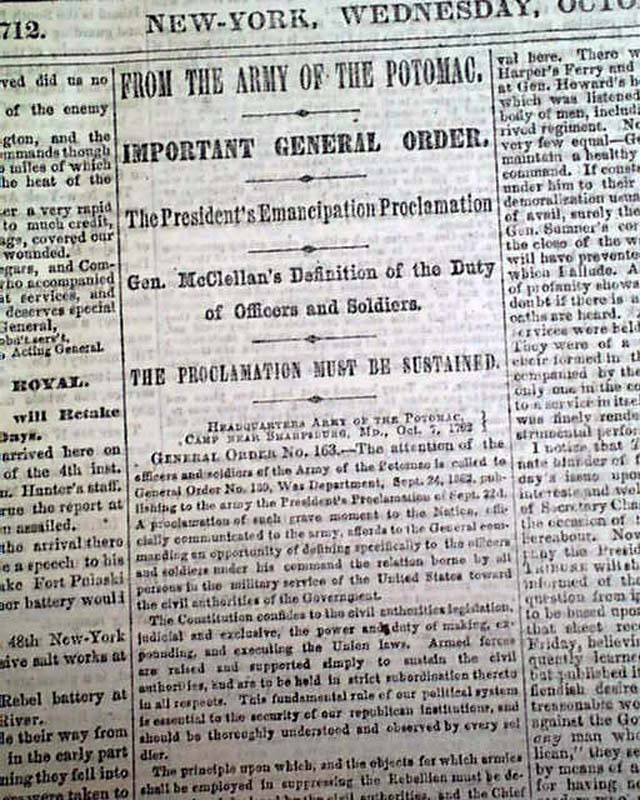 NEW-YORK DAILY TRIBUNE, October 8, 1862  Contains Major-General George McClellan's General Order No. 163 which instructed the officers and troops of the Army of the Potomac to uphold and adhere to President Lincoln's recently delivered Emancipation Proclamation. The order ends with, "In carrying out all measures of public policy this army will, of course, be guided by the sames of mercy and christianity [sic] that have ever controlled its conduct towards the defenseless." Other Civil War related reports are found throughout including more details on the 2nd Battle of Bull Run and a mention that General Robert E. Lee was lying ill in Winchester, Virginia.
Complete in 8 pages and in very nice condition.