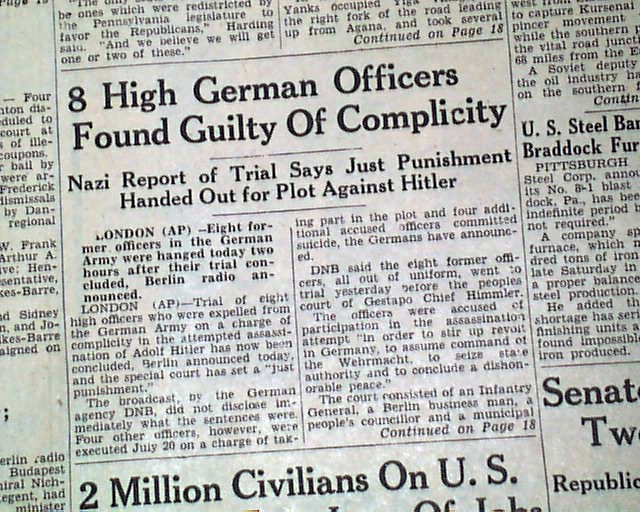 The front page has a two column heading: "8 High German Officers Found Guilty Of Complicity" with subhead. (see) They would hanged on this day.
Other news, sports and advertisements of the day with much more on World War II. Complete in 20 pages, a few small binding holes along the spine, nice condition.