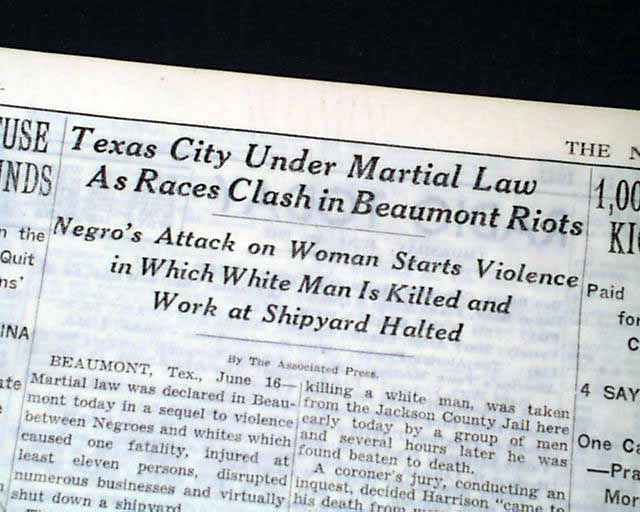 The back page has two column headings: "Texas City Under Martial Law As Races Clash in Beaumont Riots" "Negro's Attack on Woman Starts Violence in Which White Man Is Killed and Work at Shipyard Halted"
Also a small one column heading: "Florida Prisoner Killed" 1st report coverage on the lynching of Cellos Harrison in Marianna, Florida.
Other news, sports and advertisements of the day with much on World War II. Complete in 42 pages, this is the rare rag edition that was produced on very high quality newsprint, with a high percentage of cotton & linen content, allowing the issues to remain very white & sturdy into the present. Given the subscription cost, libraries & institutions rather than individuals were the primary subscribers of these high-quality editions. Printing flaw (crease) on the back page which stretches through mentioned report, otherwise very nice.