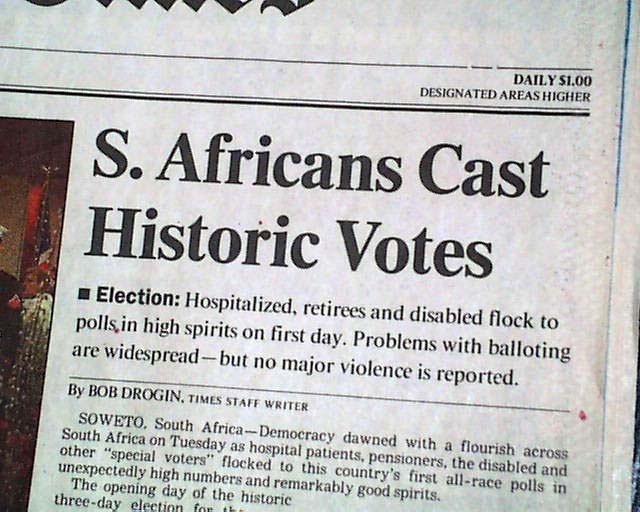 The front page has: "S. Africans Cast Historic Votes," with subheading: "Hospitalized, retirees and disabled flock to polls in high spirits on first day. Problems with balloting are widespread - but no major violence is reported." The inside has considerable coverage with an additional photos and a nice graphic. This would bring bout the death of Apartheid, and Nelson Mandela would become President (although not reported in this issue). It is nice to have a same-day report. Quite historic!
Additional coverage is present regarding the funeral of former President Richard Nixon, along with a Tribute section/photo.
The issue is believed to be complete, but is being sold for the content described - which has been verified to be present. Very nice condition.