Home > Back to Search Results > Trade after the end of the Revolutionary War...
Click image to enlarge 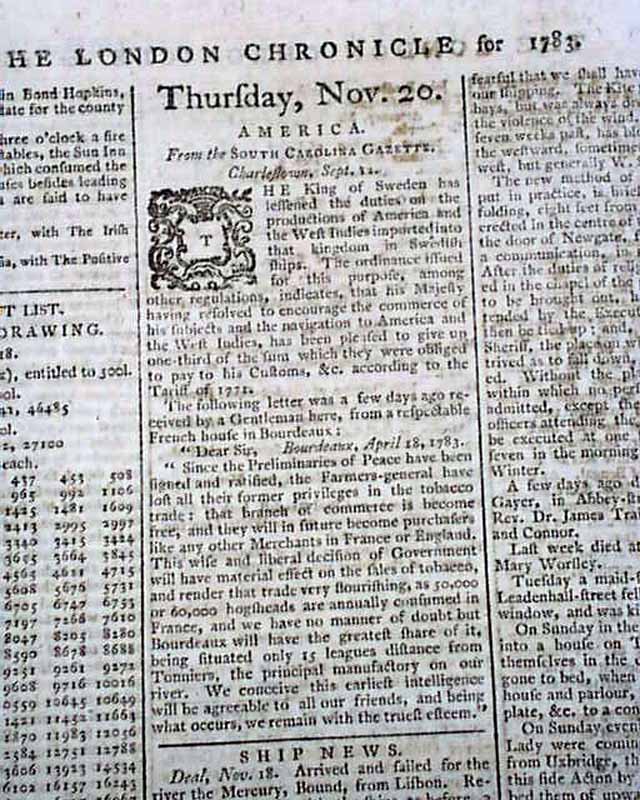 Trade after the end of the Revolutionary War...

Page 6 has a report from the South Carolina Gazette has a note that Sweden has lessened the duties of items from America in order to encourage commerce. Then a letter from France beginning: "Since the Preliminaries of Peace have been signed & ratified, the Farmers-general have lost all their former privileges in the tobacco trade; that branch of commerce is become free & they will in future become purchasers like any other merchants..." with a bit more.
Eight pages, 8 1/4 by 11 1/4 inches, very nice condition.