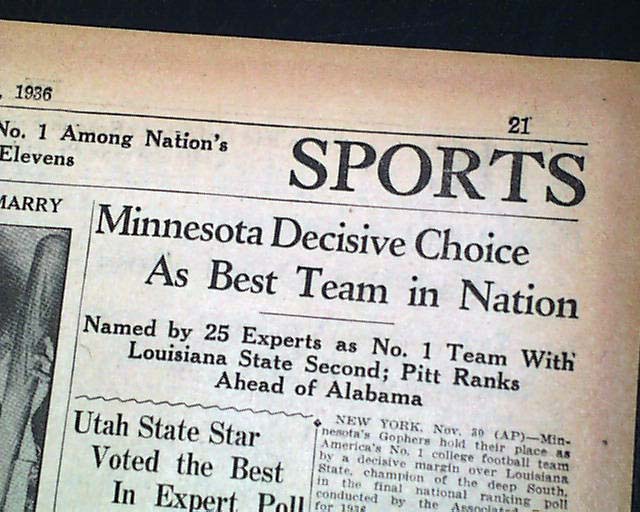 The sport's section (page 21) has a two column heading: "Minnesota Decisive Choice As Best Team in Nation" with subhead and standings (see photos) First report coverage on the Minnesota Gophers officially being named national champions of college football by the associated press (AP poll). This was the very 1st year that the AP poll was in effect.
Other news, sports and advertisements of the day. Complete in 24 pages, light toning and a little wear at the margins, generally in good condition.