Home > Back to Search Results > Trouble in dealing with the Loyalists...
Click image to enlarge 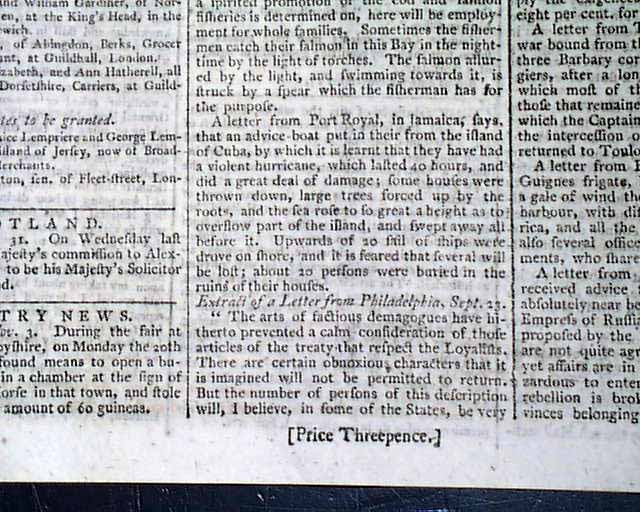 Trouble in dealing with the Loyalists...

* Closing events of the Revolutionary War

The ftpg. has a letter from Philadelphia noting in part: "The arts of factious demagogues have hitherto prevented a calm consideration of those articles of the treaty that respect the Loyalists...certain obnoxious characters that it is imagined will not he permitted to return."
Page 7 has: "American News - State of North Carolina" deals with several items relating to the war, including: "...We scorn to triumph over enemies we have defeated...we are satisfied they never can make good subjects of these States on account of their early prejudices against our government, their bigoted attachment to Great Britain, and the mortification they feel from their defeat ..." and more.
Eight pages, 8 1/4 by 11 1/4 inches, very nice condition.