Home > Back to Search Results > Independent spirit of those from Vermont...
Click image to enlarge 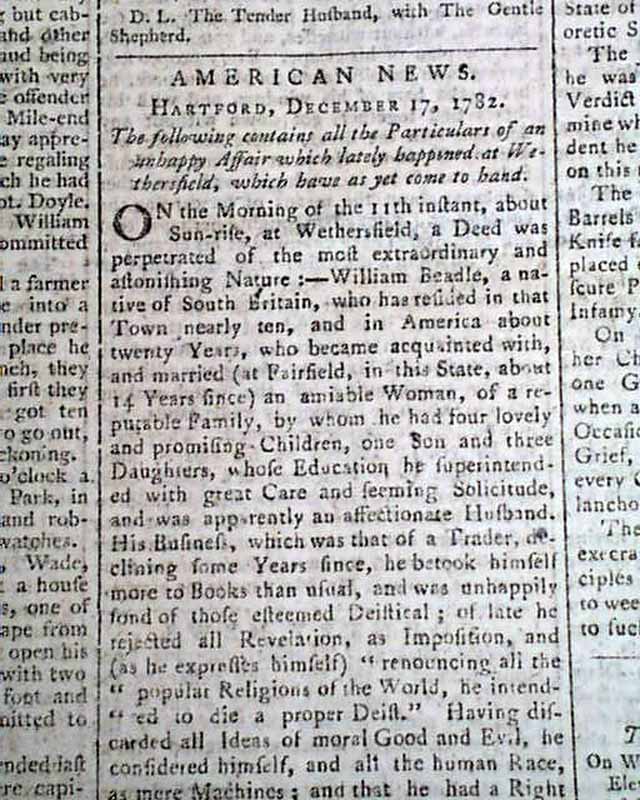 Independent spirit of those from Vermont...


THE LONDON CHRONICLE, England, Sept. 20, 1783  The bkpg. has a report: "Private letters from New York mention that the inhabitants of the new State of Vermont are determined to encounter every danger, and even to form alliances with the Indian nations, rather than be incorporated with, or, as they conceive, subjected to the control of any of the United American States...".
Earlier pages have several items concerning the Treaty of Peace between England and The Netherlands, which would be part of the final Treaty which formally ended the Revolutionary War.
Eight pages, 8 1/4 by 11 1/4 inches, very nice condition.