Home > Back to Search Results > Death of the Connecticut governor...
Click image to enlarge 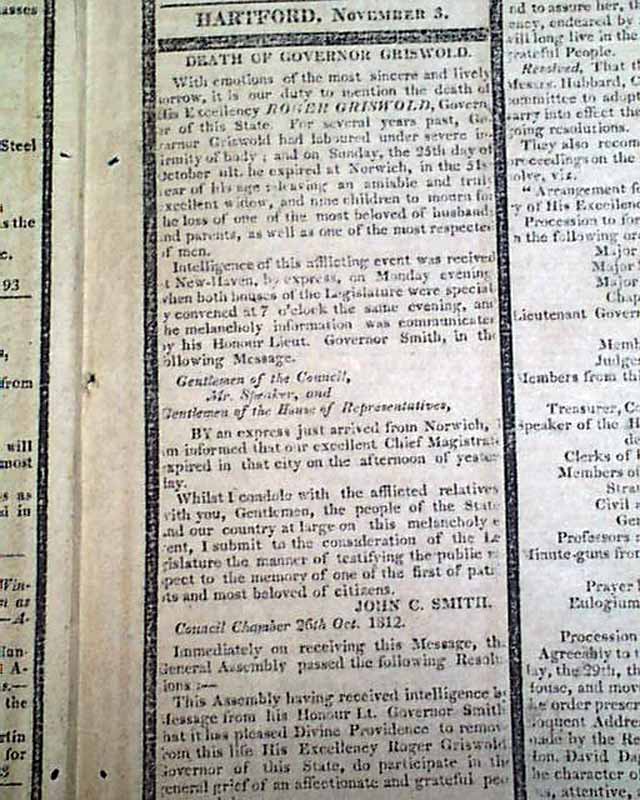 Death of the Connecticut governor...

* Governor Roger Griswold death
* Best title to be had ?

A page 3 report is headed:" Death Of Governor Griswold"  of Connecticut. Various details about the funeral & procession which includes an engraving of the casket. Also a resolution relative to his death and the "General Orders" of the militia. All columns on all pages are black-bordered to commemorate the death of Roger Griswold. Great to have from Connecticut's capital, rare as such.
Four pages, never bound nor trimmed, very nice condition.