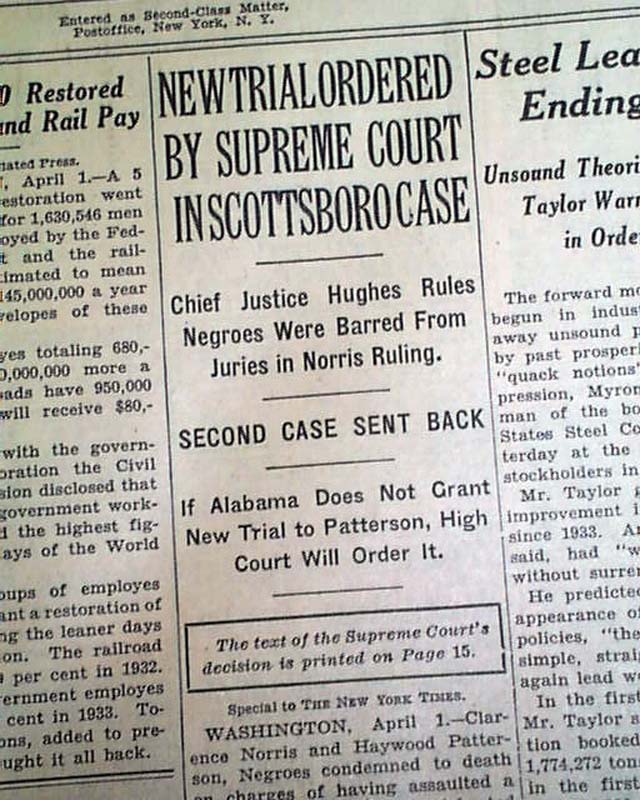 The top of the front page has a one column heading: "NEW TRIAL ORDERED BY SUPREME COURT IN SCOTTSBORO CASE" with subheads. (See) Much more on page 15 with complete text of U.S. Supreme Court ruling.
Other news, sports and advertisements of the day. Complete in 44 pages, light toning at the margins, a little spine wear, generally nice.

wikipedia notes: Patterson v. Alabama was a United States Supreme Court case which held that an African-American defendant is denied due process rights if the jury pool excludes African-Americans. 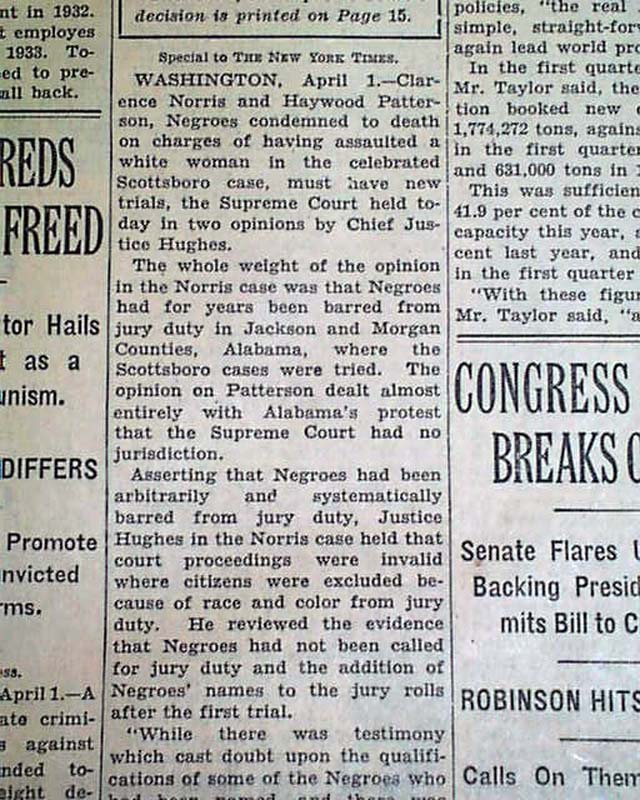 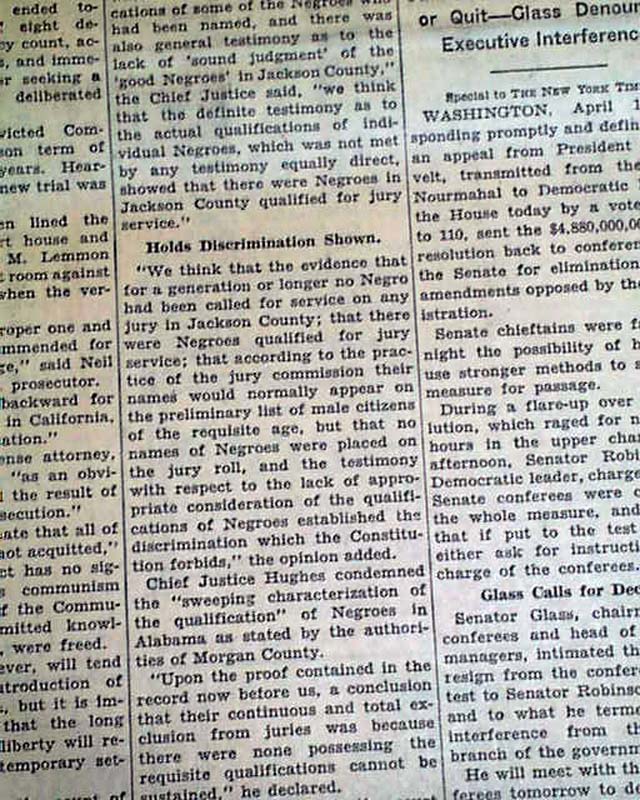 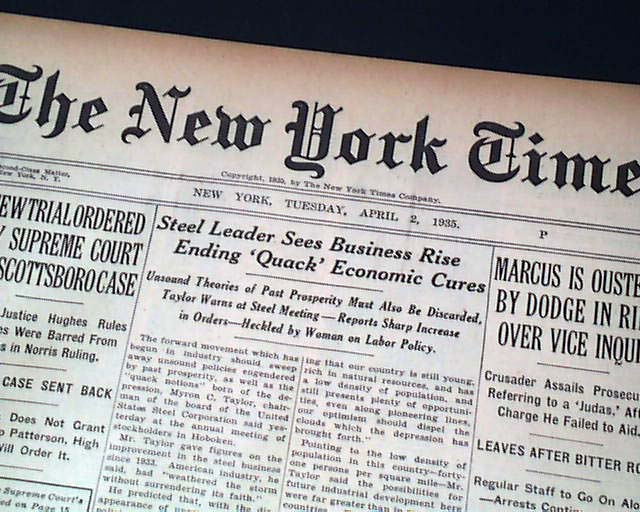 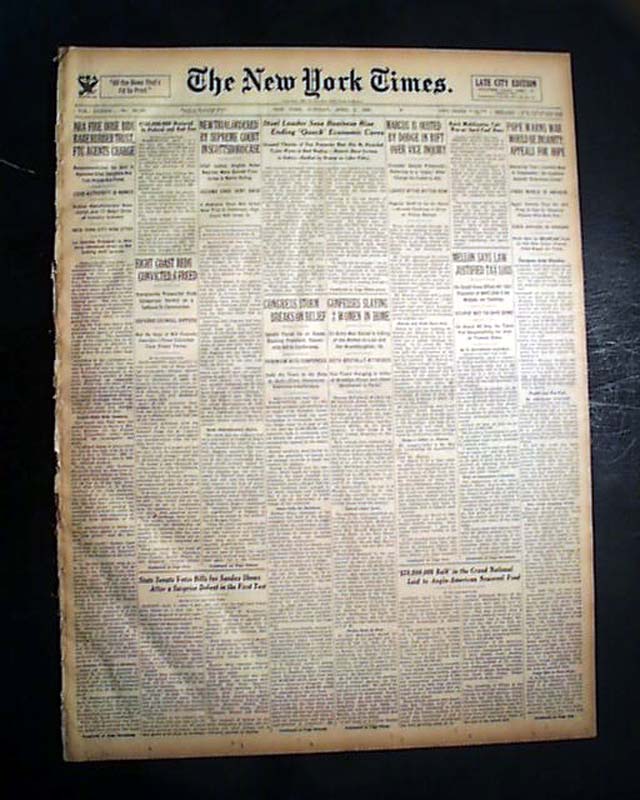 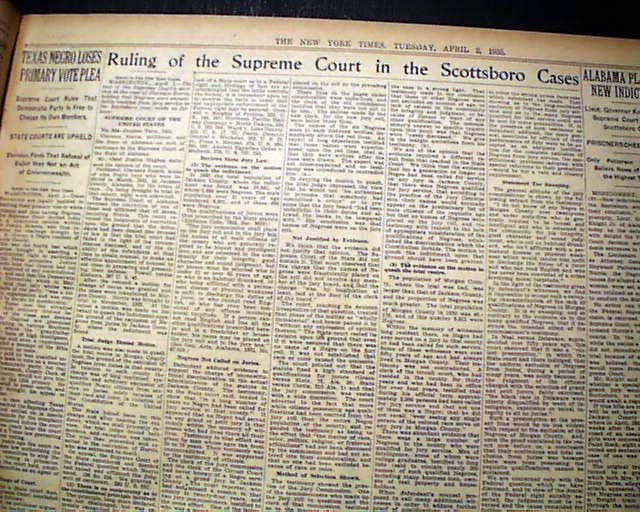 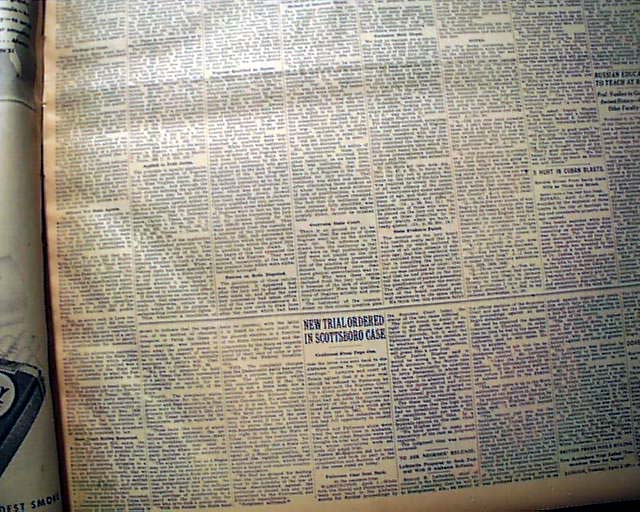 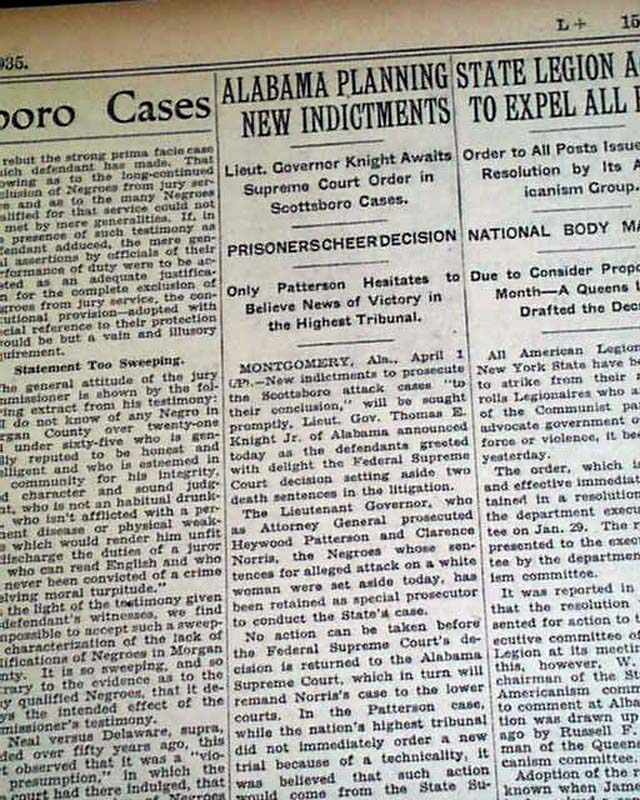