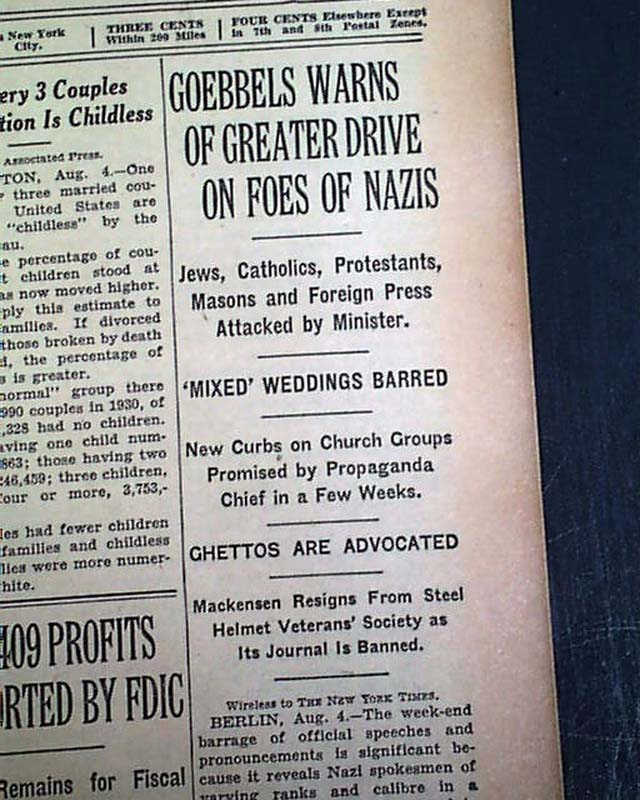 The top of the front page has a one column heading: "GOEBBELS WARNS OF GREATER DRIVE ON FOES ON NAZIS" with subheads that include: "Jews, Catholics, Protestants, Masons and Foreign Press Attacked by Minister" and more. (see)
Other news, sports and advertisements of the day. Complete in 32 pages, light toning and minor wear the margins, generally nice.