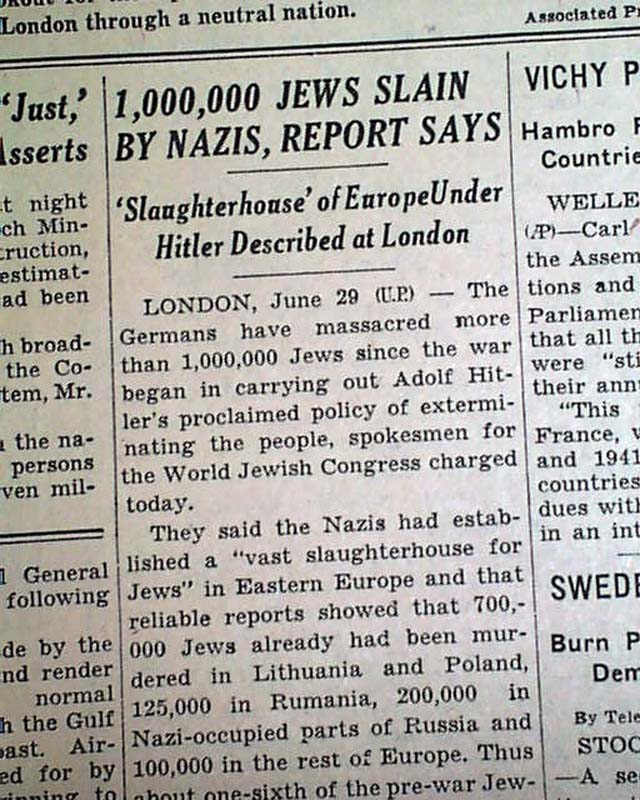 Page 7 has small one column headings: "1,000,000 Jews Slain By Nazis, Report Says" "'Slaughterhouse' of Europe Under Hitler Described at London" See images for coverage on the atrocities in Nazi-occupied Europe. Rare to find such reports in newspapers at this time as the reality of the holocaust was just being realized. What better evidence to confirm of what really happened then having a 1st hand account from the day it was first reported. Always nice to have notable events in history reported in this World famous publication.
Other news, sports and advertisements of the day. Complete in 38 pages, light toning at the margins, nice condition.