Home > Back to Search Results > Executed as pirates... Slavery in Missouri?
Click image to enlarge 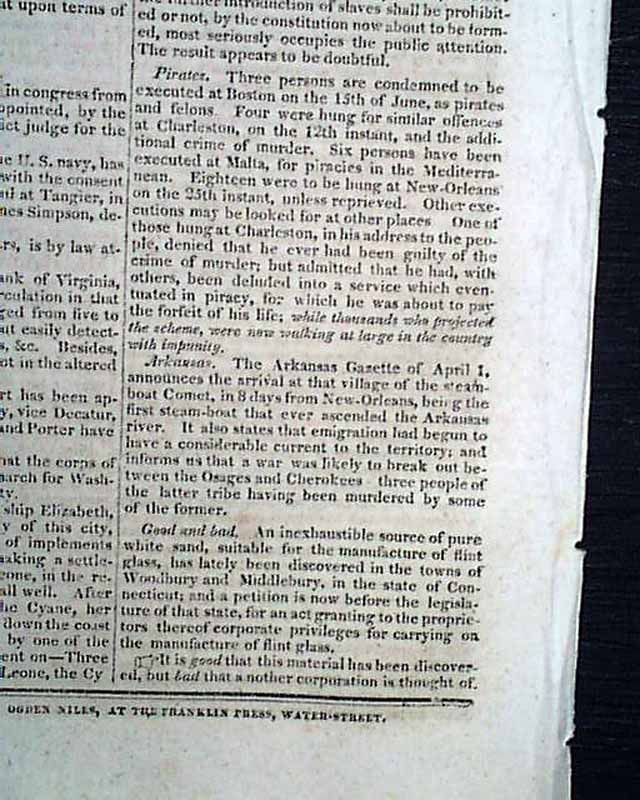 Executed as pirates... Slavery in Missouri?


NILES' WEEKLY REGISTER, Baltimore, May 27, 1820  The back page has a note concerning "Missouri" that: "...the great question, whether the further introduction of slaves shall be prohibited or not, by the constitution now about to be formed, most seriously occupies the public attention. The result appears to be doubtful." and a report headed: 'Pirates" which has details concerning: "Three persons are condemned to be executed at Boston on the 15th of June as pirates & felons. four were hung for similar offences at Charleston...Six persons have been executed at Malta for piracies in the Mediterranean..." with more.
Sixteen pages, 6 1/4 by 9 3/4 inches, in nice condition.