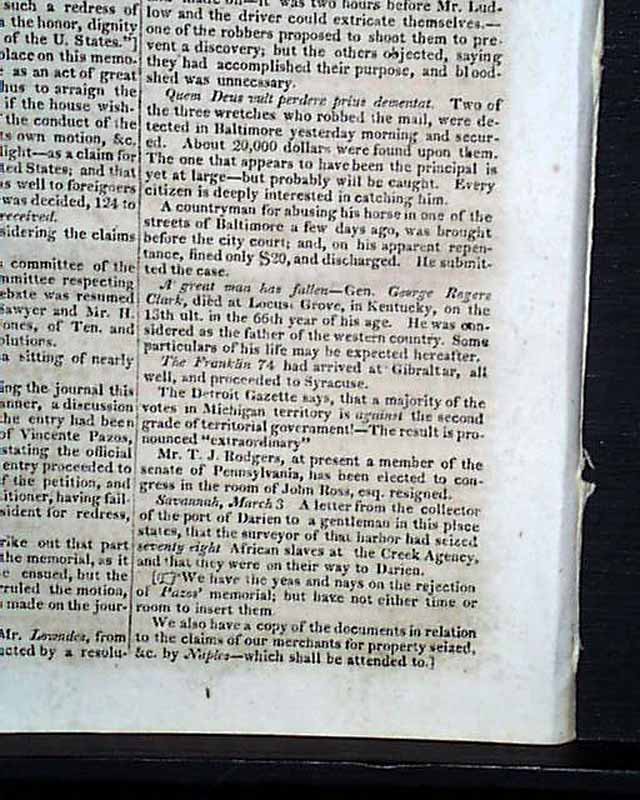 
NILES' WEEKLY REGISTER, Baltimore, March 14, 1818  The back page has a short but historic item: "A great man has fallen--Gen. George Rogers Clark died at Locusts Grove, in Kentucky...in the 66th year of his age. He was considered as the father of the western country...".
Much other news of the day including a great deal on politics. Complete in 16 pages, 6 1/4 by 9 3/4 inches, in very good condition.