Home > Back to Search Results > Battle of the Beaver Dams...
Click image to enlarge 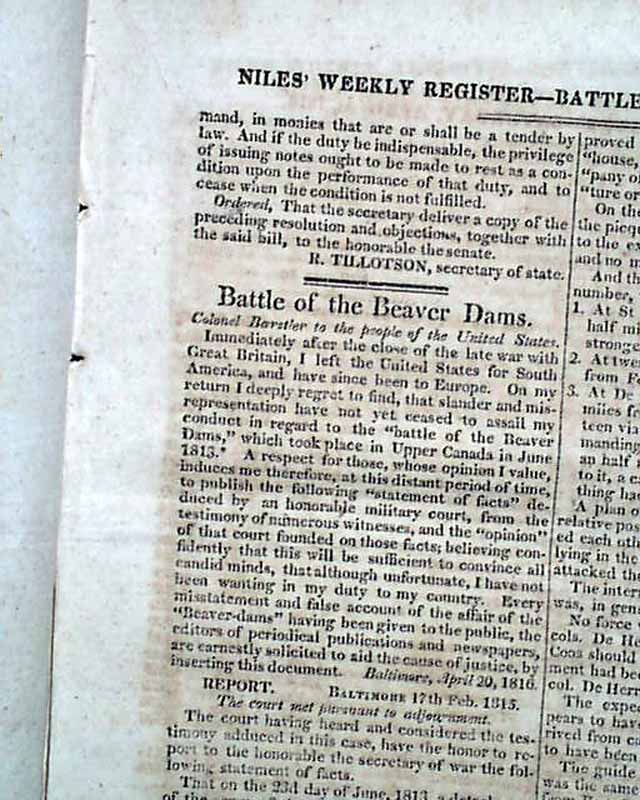 Battle of the Beaver Dams...


NILES' WEEKLY REGISTER, Baltimore, April 20, 1816  This issue contains "Battle of the Beaver Dams" report which is almost two pages in length and also contains a full page map diagram.
The article  begins with a report from Colonel Boerstler to the people of the United States and includes a Report and Opinion from the court. This is referencing "... On my return I deeply regret to find, that slander and mis-representation have not yet ceased to assail my conduct in regard to the 'battle of the Beaver Dams' which took place in Upper Canada in June 1813...".
Complete in 20 pages, 6 1/4 by 10 inches, even toning, otherwise is in very good condition.