Home > Back to Search Results > Grant assumes command of the Army...
Click image to enlarge 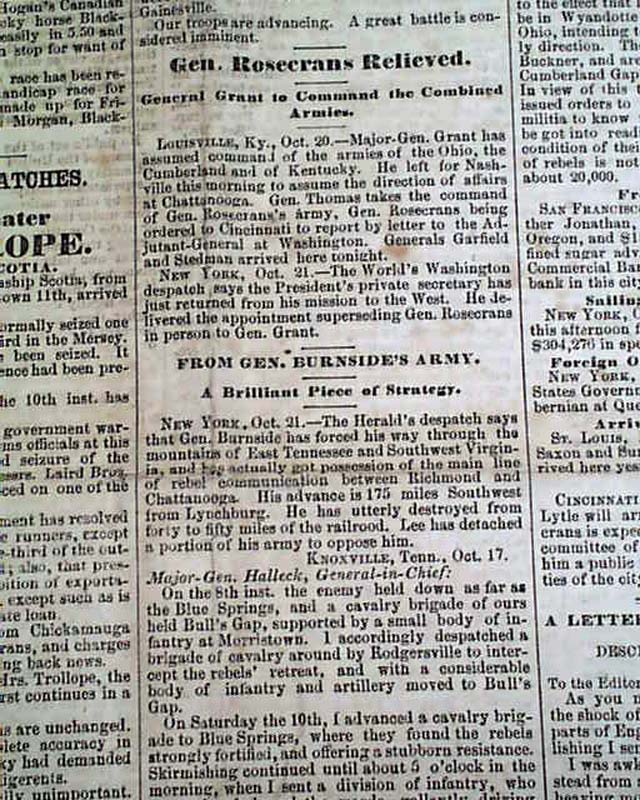 Grant assumes command of the Army...

Near the top of the ftpg. has a report: "Gen. Rosecrans Relived - General Grant to Command the Combined Armies", followed by: "From Gen. Burnside's Army - A Brilliant Piece of Strategy" being a letter signed by him: A. E. Burnside, Major-General. There is also mention of Custer.
The ftpg. has: "A Letter From Charles Dickens - Description Of An Earthquake" signed by him in type: Charles Dickens.
Four pages, never bound nor trimmed, large folio size, nice condition. The folder size noted is for the issue folded in half. 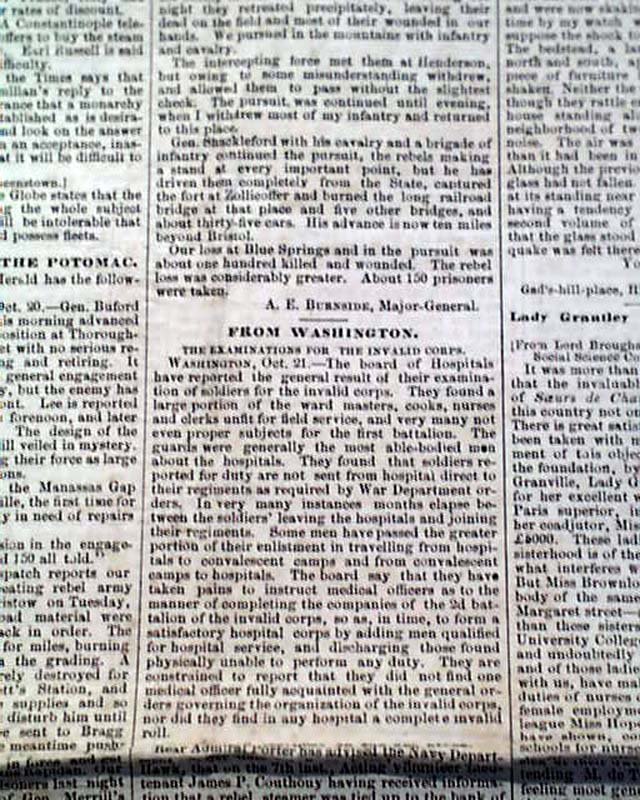 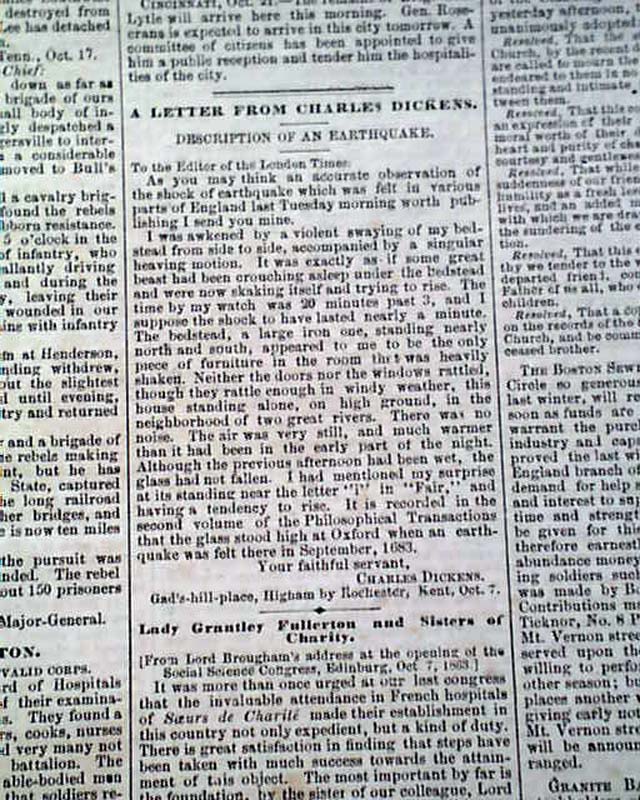 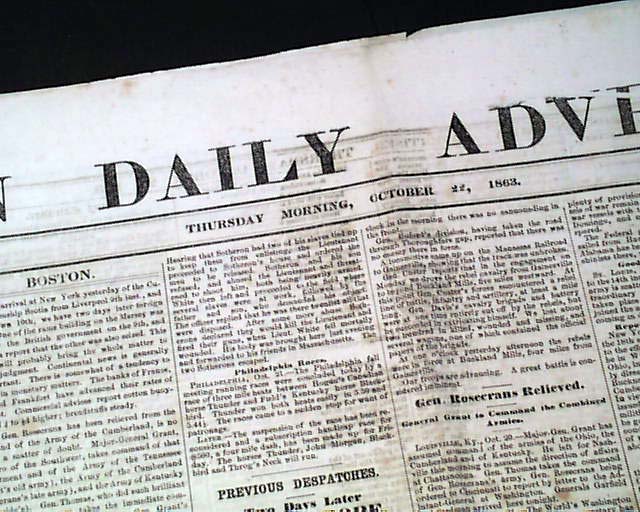 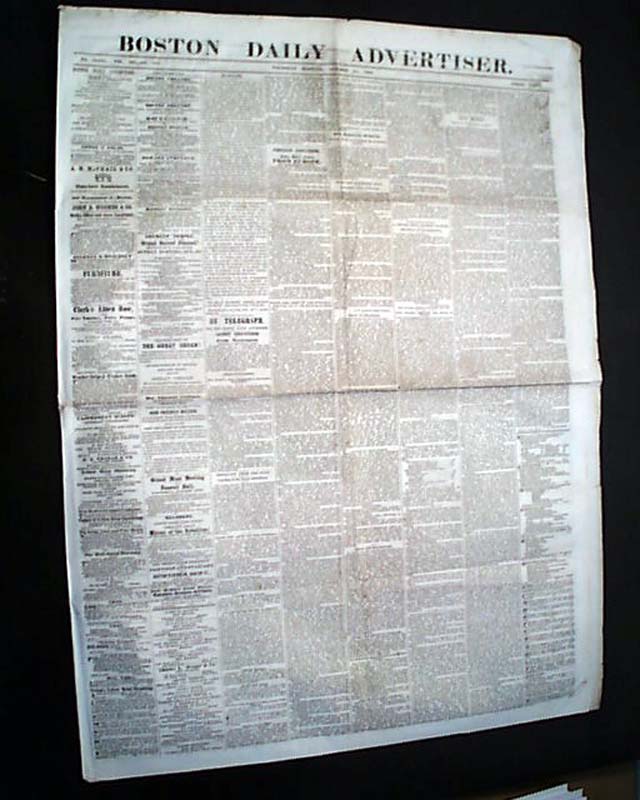