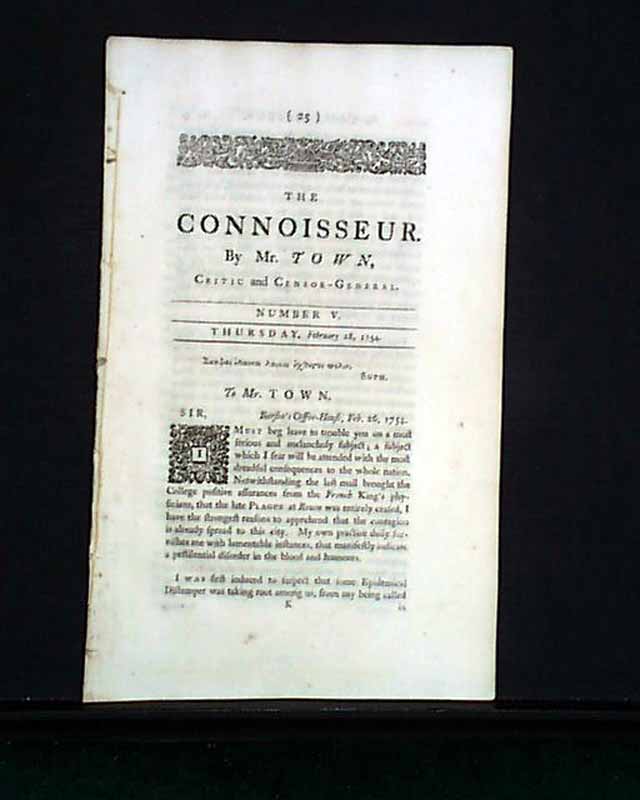 
THE CONNOISSEUR "By Mr. Town [pseud.], Critic, and Censor-General", London, Feb. 28, 1754  A weekly paper which lasted about 2 1/2 years as a "commoner's" counterpart to "The World" (which we sell as well), a periodical of about the same time which dealt more with the interests of aristocrats.
James Boswell says in his "Life of Johnson", "...I mentioned the periodical paper called 'THE CONNOISSEUR'. He said it wanted matter. — No doubt it had not the deep thinking of Johnson's writings. But surely it has just views of the surface of life, and a very sprightly manner. His opinion of 'THE WORLD' was not much higher than of 'THE CONNOISSEUR'..."
The focus of this issue is hinted as the ftpg. begins: "It is with the utmost concern I have heard myself within this week past accused at several tea tables of not being a man of my word...".
Six pages, 7 by 11 1/2 inches, wide margins, very nice condition.