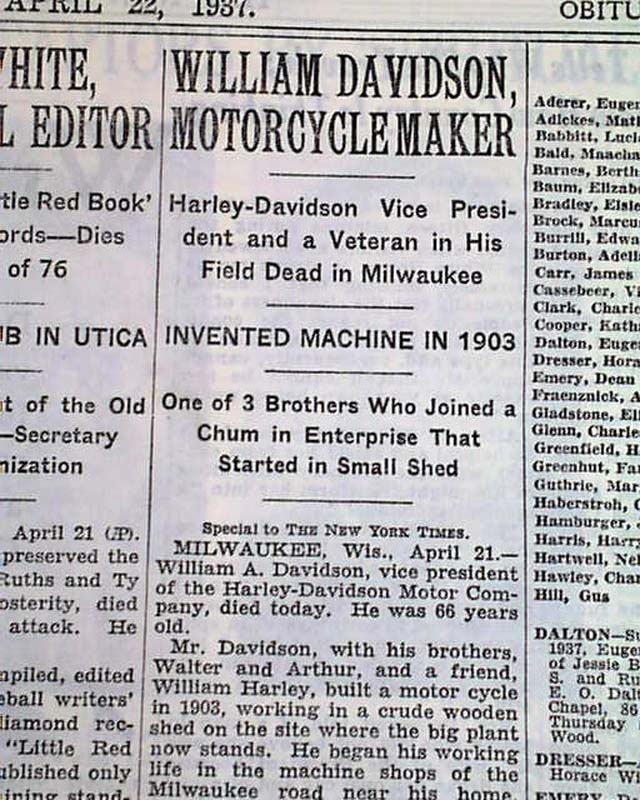 Page 23 has one column headings: "WILLIAM DAVIDSON, MOTORCYCLE MAKER" "Harley-Davidson Vice President and a Veteran in His Field Dead in Milwaukee" "INVENTED MACHINE IN 1903" "One of 3 Brothers Who Joined a Chum in Enterprise That Started in Small Shed" First report coverage on the death of one of the original founders of the famed Harley Davidson Mortorcycle Company. Nice to have in this famous NYC title. My guess is that the New York Times may be one of the very few papers that had coverage of Davidson's death.
Other news, sports and advertisements of the day. Complete in 48 pages, this is the rare rag edition that was produced on very high quality newsprint, with a high percentage of cotton & linen content, allowing the issues to remain very white & sturdy into the present. Given the subscription cost, libraries & institutions rather than individuals were the primary subscribers of these high-quality editions. Very nice condition.