Home > Back to Search Results > Early on Japan... Washington honored by the French...
Click image to enlarge 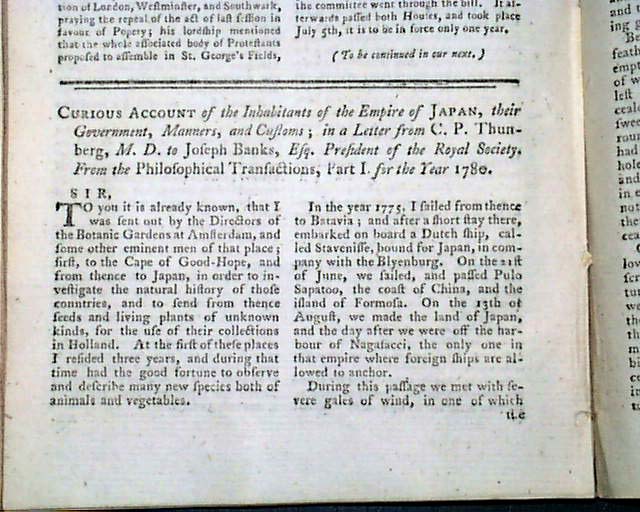 Early on Japan... Washington honored by the French...


THE LONDON MAGAZINE, England, September, 1780  A early article on Japan with: "Curious Account of the Inhabitants of the Empire of Japan, Their Government, Manners, & Customers..." which takes 3 1/2 pages.
Near the back is: "American Affairs"  taking nearly a full page, mostly on naval events in the Caribbean, but it also includes a report from Hartford noting Washington was named Lieut. General of the French troops in America: "His Excellency General Washington is appointed lieutenant-general of his Most Christian majesty's troops in America, and vice-admiral of the White Flag, an honour rarely conferred on a foreigner."
Complete in 48 pages, 5 by 8 inches, very nice condition. Lacking both of the plates called for.