Home > Back to Search Results > Reporting the death of John Jay...
Click image to enlarge 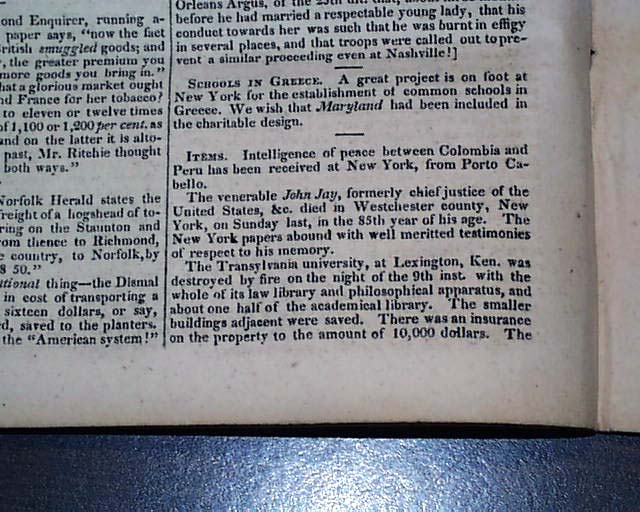 Reporting the death of John Jay...

Page 6 has a brief & inconspicuous--yet notable--report of the death of John Jay, the nation's first Chief Justice of the Supreme Court: "The venerable John Jay, formerly chief justice of the United States,, etc. died in Westchester county, New York, on Sunday last in the 85th year of his age. The New York papers abound with well merited testimonies of respect to his memory." Included also is the 8 page "Supplementary" issue, so complete in 24 pages, 6 by 9 1/2 inches, good overall condition, but the front page does have a small amount of foxing and lite ink smudging.