Home > Back to Search Results > Follow-up to the Battle of Trafalgar...
Click image to enlarge 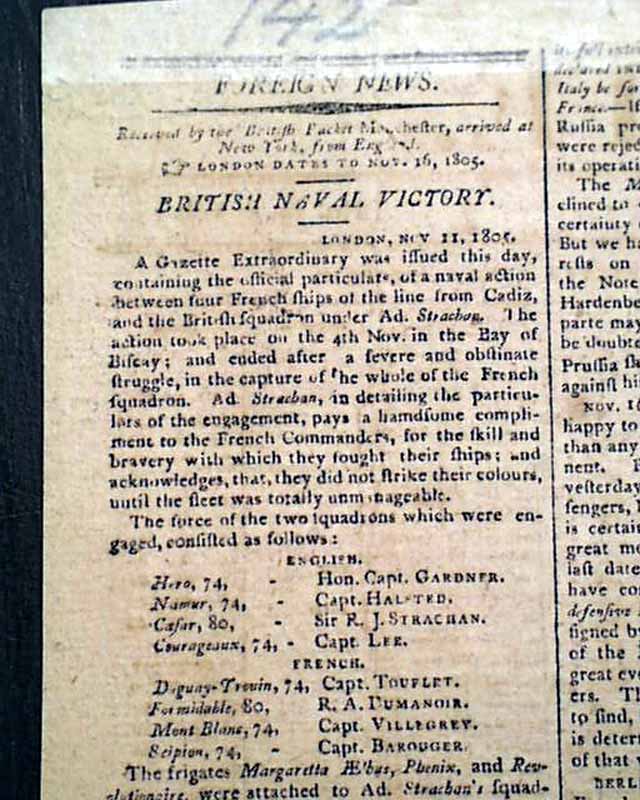 Follow-up to the Battle of Trafalgar...

Page 2 begins with: "British Naval Victory" which details an engagement between four French ships and a British squadron, stating in part: "...The action took place on the 4th of Nov. in the Bay of Biscay; and ended after a severe and obstinate struggle, in the capture of the whole of the French squadron...". It includes a list of French and British vessels and their captains with mention that: "The battle was...a fair fight--equal in numbers, and weight of metal...".
This was a battle involving 4 French ships which failed to engage in the historic Battle of Trafalgar fought just 2 weeks prior.
Four pages, archival repair at the spine, good condition.