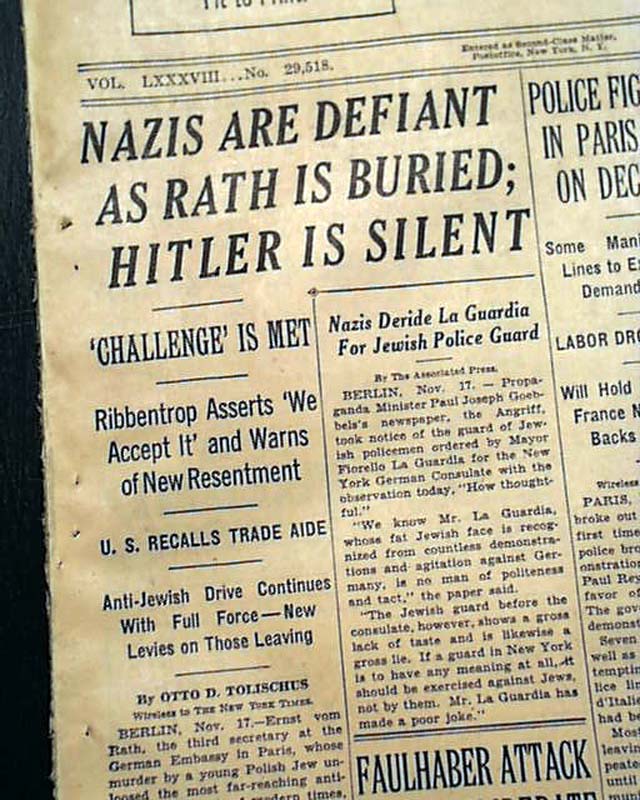 The front page has a two column headline: "NAZIS ARE DEFIANT AS RATH IS BURIED ; HITLER IS SILENT"
Page 3 features three photos of: "Jewish-owned Stores Wrecked By The Nazi During Outbreak In Berlin Last Week" as well as additional articles "Britain Questions Colonies On Jews"; Poland Wants Aid For Her Jews, Too";  and "Munich Jews' Art Taken". This is coverage of "Kristallnacht", a series of coordinated attacks against the Jews in Nazi Germany. Always nice to have notable events in history reported in this World famous publication.
Other news, sports and advertisements of the day. Complete in 46 pages, light toning and a little wear at the margins, generally nice.