Home > Back to Search Results > Settlement on the Mississippi...
Click image to enlarge 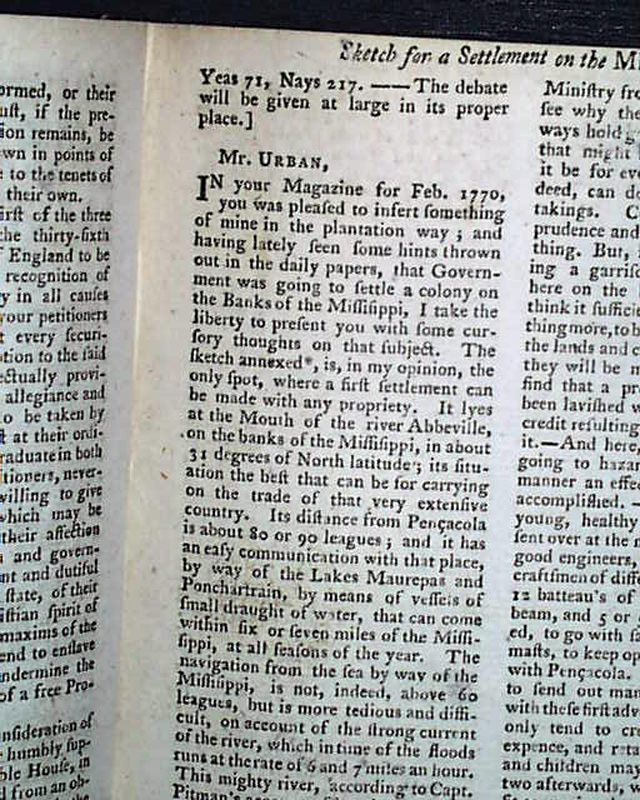 Settlement on the Mississippi...

Item # 650335 THE GENTLEMAN'S MAGAZINE, London,  February, 1772  This issue contains a lengthy article titled: "Sketch for a Settlement on the Mississippi" (see for portions). A plate is called for however it is lacking.
This issue also includes a full page plate titled: "Hudson Bay Ptarmigan..." which shows two views of this bird (see images). There is also a related article on the facing page titled: "An Account of the Ptarmigan, a Bird of Hudson's Bay" (see images).
Other articles in the issue noted on the title page include: "Particulars of the Late Revolution in Denmark" "Bougainville's Account of the Settlement of Faulkland Islands by the French" "Account of the Constitution of Denmark" "On the Criminality of Killing Insects" and more.
Complete in 48 pages with full title/contents page, 5 by 8 inches, nice condition.