Home > Back to Search Results > Dealing with the pirates... Greek-Turk Revolution...
Click image to enlarge 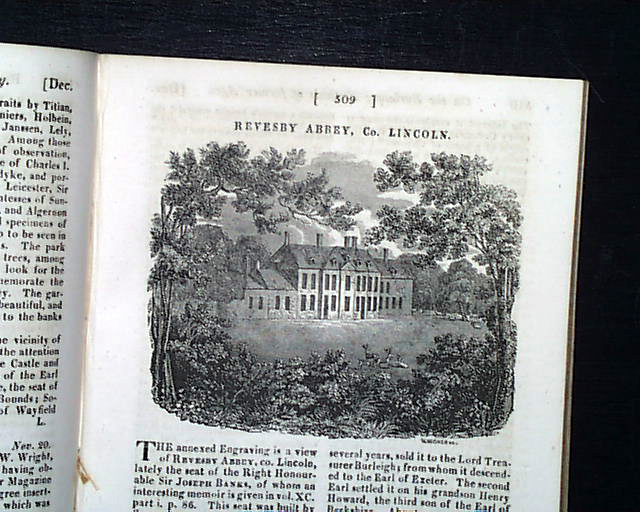 Dealing with the pirates... Greek-Turk Revolution...

Item # 650330 THE GENTLEMAN'S MAGAZINE, London, December, 1821  Certainly one of the more famous magazines of the 18th & 19th centuries, having started in 1731 and surviving for over 130 years. This was the very first publication to use the word "magazine".
Among the articles within are those headed: "Westminster Abbey" "Old Sarum & Stonehenge, Accurately Described" "Tour Through France--The Louvre" "Welsh Antiquities", a halfpg. print & article: "Revesby Abbey" in county Lincoln with a print of it, and more.
An article headed: "America" begins: "The American navy has struck a decisive blow against the hordes of pirates that infest the seas of the West Indies..." and more (see photos).
An article under "Turkey" begins: "The invasion of Turkey by the Persians is confirmed. They have entered Wan and Topralkalie in Armenia & are believed to have taken Bagdad..." with more text on the Greek-Turk Revolution (see photos).
Present is the plate entitled "Cumnor Church, with the Ruins of Cumnor Hall, Berks."
Complete with 92 pages including a full title/index page, measures 5 by 8 1/2 inches and in very nice condition.