Home > Back to Search Results > Harvard and segregation...
Click image to enlarge 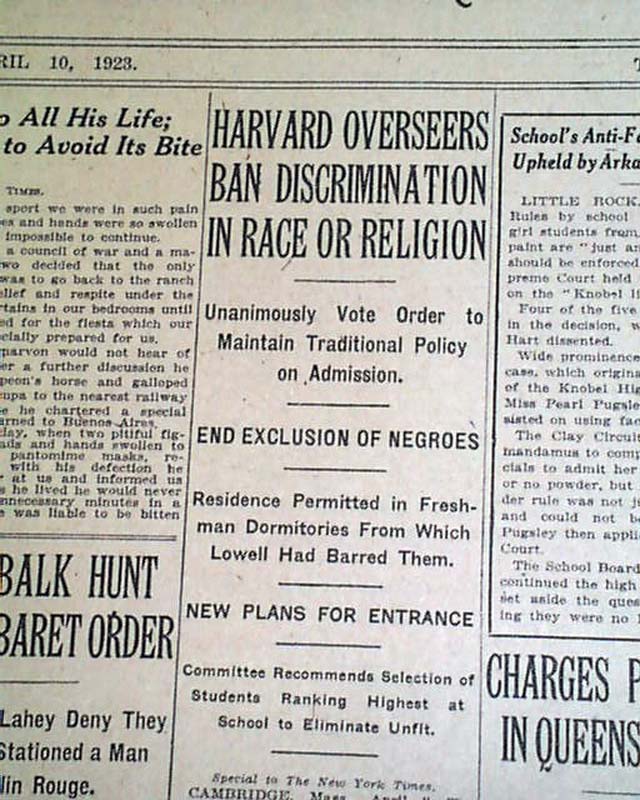 The top of the front page has a one column heading: "HARVARD OVERSEERS BAN DISCRIMINATION IN RACE OR RELIGION"   with subheads that include: "Unanimously Vote Order to Maintain Traditional Policy on Admission" "End Exclusion Of Negroes"  and more. (see)
Other news, sports and advertisements of the day. Complete with all 44 pages, light toning, irregular along the spine, generally nice.