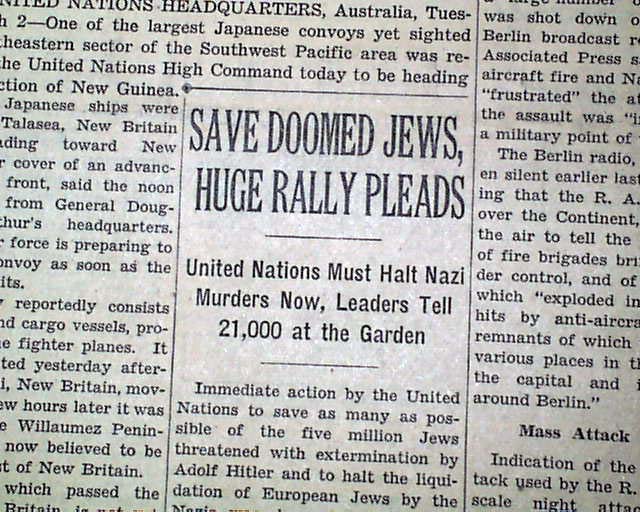 The front page has one column headings: "SAVE DOOMED JEWS, HUGE RALLY PLEADS" and "United Nations Must Halt Nazi Murders Now, Leaders Tell 21,000 at the Garden" Coverage continues on page two with more related headings. Loads of text here, too much to photograph all. Rare to find such reports in newspapers at this time as the reality of the holocaust was just being realized.
Other news, sports and and advertisements of the day with much on World War II. Complete in 40 pages, light toning at the margins, nice condition.