Home > Back to Search Results > Early Nazis plan for sterilization of races...
Click image to enlarge 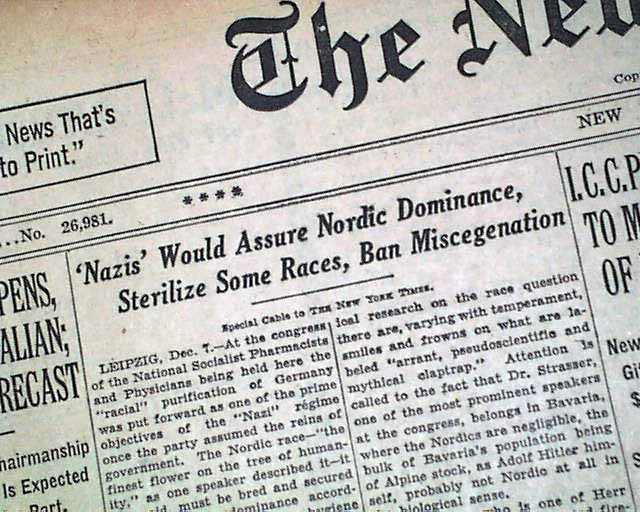 The top of the front page has a two column heading: "'Nazis' Would Assure Nordic Dominance, Sterilize Some Races, Ban Miscegenation" See images for text here. This is a early prediction of what the Nazis ultimately tried & actually succeeded in doing in Nazi Germany.
Other news, sports and advertisements of the day. Complete in 60 pages, light toning at the margins, generally nice.