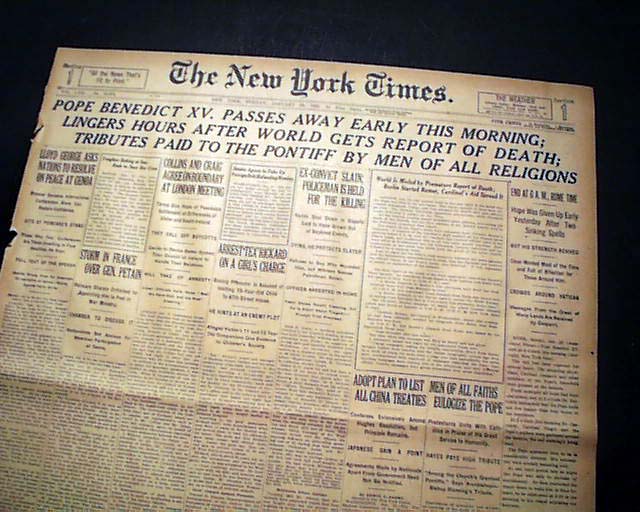 The front page has a nice banner headline: "POPE BENEDICT XV. PASSES AWAY EARLY THIS MORNING; LINGERS HOURS AFTER WORLD GETS REPORT OF DEATH; TRIBUTES PAID TO THE PONTIFF BY MEN OF ALL RELIGIONS" with subheads. (see) Lengthy reporting continues on the following pages with photo. Loads of text.
Other news of the day. Complete 1st section with all 24 pages, light toning, irregular along the spine, generally very nice.