Home > Back to Search Results > Loyalists to build a fur trade at Fort Frontenac...
Click image to enlarge 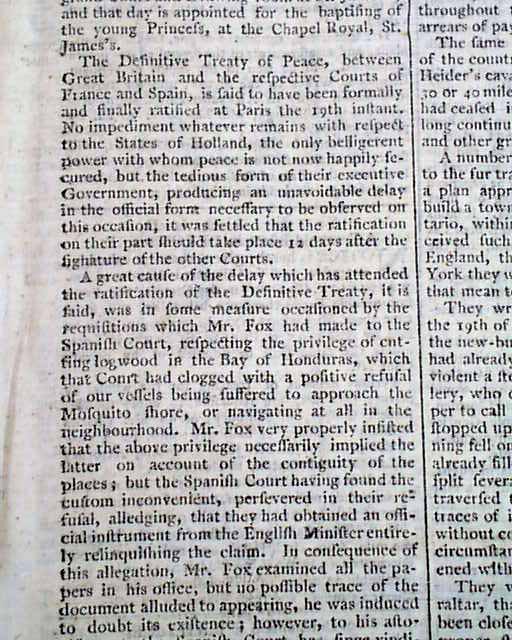 Loyalists to build a fur trade at Fort Frontenac...

Page 3 has a report on why the final, Definitive Treaty of Peace, has been delayed. Also an item: "A number of Loyalists who have been used to the fur trade, are formed into a body upon a plan approved of by General Carleton, to build a town at Fort Frontiniac, on Lake Ontario, within the British lines, and have received such encouragement...that it is generally believed at New York they will rival any body of the Americans that mean to attempt the same trade."
Page 6 has a nice article concerning emigrating from Europe to the American states, beginning: "The emigrants from Europe t the American States will be miserably disappointed: however, having got into a scrape hey may wish to lead others after them...".
Eight pages, 8 1/4 by 11 inches, very nice condition.